An editor at BBC Trending, Mike Wendling has spent years covering extremism and internet culture for radio, online and television, and was part of the BBC team covering the 2016 US presidential election.

He is joined by Elizabeth Nelson Gorman to discuss his analysis of the growing Alt-Right movement. Alt-Right: From 4chan to The White House takes aim at the white nationalist, misogynist, far-right movement that rose to prominence during Donald Trump’s successful election campaign in the United States.

It looks at the support for this reactionary network, arguing that while Trump is in office and the far-right grows across Europe, we need to gain a deeper understanding of the movement’s philosophy, history and role in politics today.
While the movement appears to have burst out of nowhere, Mike Wendling has been tracking the Alt-Right for years.

In this special event, Mike reveals the role of technological utopians, reactionary philosophers, the notorious 4chan and 8chan bulletin boards, and a range of bloggers, vloggers and tweeters, highlighting the extreme ideas which underpin the movement’s thought.

END_OF_DOCUMENT_TOKEN_TO_BE_REPLACED 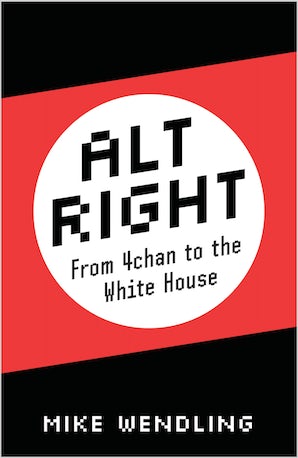