This is the history of the struggle and revolution of human society: of hominids, hunters and herders; of emperors and slaves; of patriarchs and women; of rich and poor; of dictators and revolutionaries. From the ancient empires of Persia and Rome to the Russian Revolution, the Vietnam War, and the 2008 Crash, this is a history of greed and violence, but also of solidarity and resistance.

Join Neil to give an overview of a people’s history of the world, copmressed into an hour!

Neil Faulkner is a historian and archaeologist. He is the author of numerous books, including A Radical History of the World (Pluto, 2018),A People’s History of the Russian Revolution (Pluto, 2017) and Lawrence of Arabia’s War (Yale, 2016).

END_OF_DOCUMENT_TOKEN_TO_BE_REPLACED 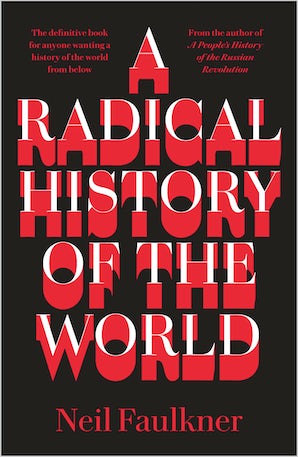