A one day conference at LSE

Neoliberal capitalist development has entrenched the culturally specific character of labour power based on race, ethnicity, gender, caste and tribe. Theories of ‘intersectionality’ have drawn attention to how injustice and social inequality are multidimensional, involving several social identities – such as gender, race, social class – that ‘interact with each other.’ However, analyses of racism and capitalism have emphasised that these are not independent ‘variables’ as the capitalist political economy inextricably links class relations with other forms of social oppression.

This conference will deepen our understanding of how identity-based social oppression is constitutive of and shapes how working people are incorporated into the capitalist economy, and produce and reproduce themselves and their households. In doing so it will also shed new light on how these processes of social oppression enable the persistence of economic inequalities.

We will discuss and debate analytical approaches such as ‘class racism’ (Balibar 1991), ‘conjugated oppression’ (Bourgois 1995) and ‘working class racism’ (Roediger 1991) in relation to insights of recent studies on the dynamics of globalised neoliberalism and race, ethnicity, caste, tribe, gender and class relations, grounded in different parts of the world. We will also consider the implications of these analyses for the struggles from below against these inequalities.

END_OF_DOCUMENT_TOKEN_TO_BE_REPLACED 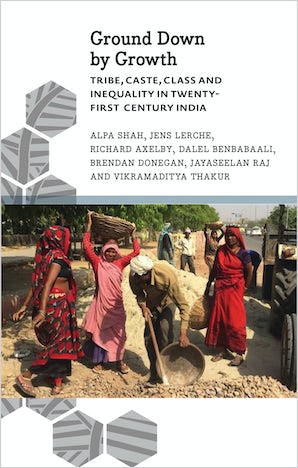 Ground Down by Growth

How do India’s ‘untouchables’ and 'tribals' fit into the global economy?
END_OF_DOCUMENT_TOKEN_TO_BE_REPLACED
All events
X