2017 is the 100th anniversary of the Balfour Declaration.

The 1917 Balfour Declaration is widely regarded as one of the most formative and far-reaching documents in the modern history of the Middle East. It was the cornerstone of the Zionist project to transform Arab Palestine into a ‘Jewish state’. The Declaration and subsequent events changed not only the demographic map of the region but also its political, social and military configuration as well.

How did it come about; and what were the consequences of this pivotal document?

Join Middle East Monitor on the 7th of October at the British Library in Central London to learn more about and discuss the declaration, how it came about, it’s legal standing and consequences, and to look at Britain’s role in the continued oppression of Palestinians.

Prof. Avi Shlaim, renowned Israeli historian and professor of International Relations at the University of Oxford

Prof. Penny Green, professor of Law and Globalisation at the University of London (Queen Mary) and co-author of State Crime: Governments, Violence and Corruption

Peter Oborne, Associate Editor of the The Spectator, and a columnist for the Daily Mail and Middle East Eye

Prof. John Dugard, former UN Special Rapporteur of Human Rights in Palestine, and a judge at the International Court of Justice

Dr Basheer Nafi, a senior research fellow at the Al-Jazeera Centre for Studies and a regular columnist for several publications

Prof. Jonathan Schneer, a celebrated author and a modern British historian at the Georgia Institue of Technology

Dr Peter Shambrook, is a Historical Consultant to The Balfour Project, as well as an author and academic.

Dr Victor Kattan, author of the critically acclaimed book From Coexistence to Conquest and a senior research fellow at the Middle East Institute

Dr Mohsen Saleh, General Manager of Al-Zaytouna Centre for Studies and Consultations, and Editor-in-Chief of the Palestinian Strategic Report

David Cronin,journalist and political activist, as well as a contributing editor with the Electronic Intifada and author of Balfour’s Shadow: A Century of British Support for Zionism and Israel

Dr Jacob Cohen, a former member of the Zionist youth movement, and now an author and commentator on French-Israel relations

END_OF_DOCUMENT_TOKEN_TO_BE_REPLACED 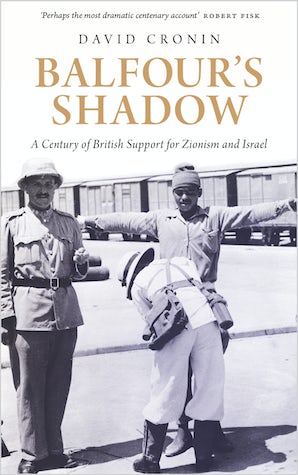