From the Five Star Movement to Podemos, from the Pirate Parties to La France Insoumise, from the movements behind Bernie Sanders to those backing Jeremy Corbyn, the last decade has witnessed the rise of a new blueprint for political organisation: the digital party.

Paolo Gerbaudo (King’s College London) addresses the organisational revolution that is transforming political parties in the time of Facebook, Twitter, Instagram, and Cambridge Analytica. Drawing on interviews with political leaders and organisers, Gerbaudo demonstrates that besides rapidly growing in votes, these formations have also revitalised party democracy, involving hundreds of thousands in discussions carried out on online decision-making platforms.

Participatory, yet plebiscitarian, open and democratic, yet dominated by charismatic ‘hyperleaders’, digital parties display both great potentials and risks for the development of new forms of mass participation in an era of growing inequality. All political parties will have to reckon with the lessons of the digital party.

END_OF_DOCUMENT_TOKEN_TO_BE_REPLACED 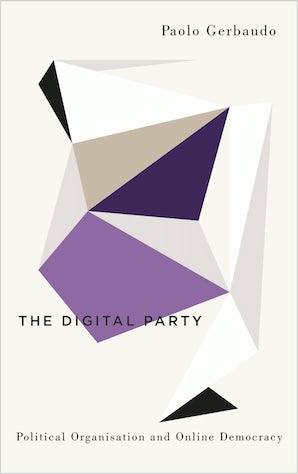 How political parties have changed in the age of social media.
END_OF_DOCUMENT_TOKEN_TO_BE_REPLACED
All events
X