Join us for the book launch of Visual Dissent by Peter Kennard, published by Pluto Presss.

Peter will discussing his contribution to political art as one of Britain’s foremost political artists over the last fifty years, followed by a Q+A & Book signing.

Alongside the images are Kennard’s recollections of the history of social movements, protests and activism depicted, as well as details on the genesis of the images and the techniques employed. This collection emphasises the extraordinary contribution Kennard has made to art and politics in the twenty-first century.

Peter Kennard is Professor of Political Art at the Royal College of Art. He is the author of Images for End of Century: PhotomontagesEquations (Pluto, 1999). Since then, he has published numerous art monographs, and contributed his visuals to publications,magazines and news stories in the press.

END_OF_DOCUMENT_TOKEN_TO_BE_REPLACED 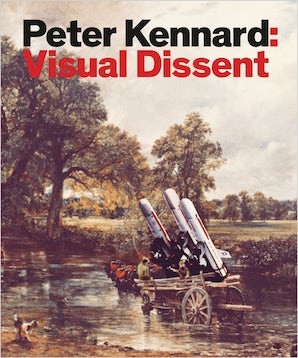