Whatever happened to British protest? For a nation that brought the world Chartism, the Suffragettes, the Tolpuddle Martyrs, and so many other grassroots social movements, Britain rarely celebrates its long, great tradition of people power.

For the closing event of the Radical Book Fair, Matt Myers, Sarah Corbett and Stephen Reicher discuss protests and resistance.

Matt Myers is a doctoral student at Oxford University and the author of Student Revolt: Voices of the Austerity Generation. In 2010 young people across Britain took to the streets to defy a wave of government attacks on education, increasing tuition fees, and cuts to grants for college students, Myers’ book charts that movement.

Myers is joined on the panel by the brilliant Sarah Corbett, founder of the Craftivist Collective, a social enterprise which uses the technique of craftivism – combining craft and activism – to engage people in social justice issues. She is the author of numerous books, the latest is How to be a Craftivist: The Gentle Art of Protest.

Last but by no means least, our final panelist is Stephen Reicher, Wardlaw Professor at the University of St Andrews, who contributed an essay on the Brixton Riots to Comma Press’ phenomenal anthology Protest.

Together Matt, Sarah and Stephen will consider the myriad forms, roles and potential of protests past, present and future.

END_OF_DOCUMENT_TOKEN_TO_BE_REPLACED 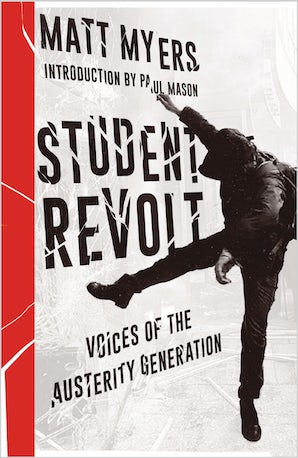 A lively oral history of the British student protests of 2010, bringing together activists, students, politicians and workers
END_OF_DOCUMENT_TOKEN_TO_BE_REPLACED
All events
X