Rubbish. Waste. Trash. Whatever term you choose to describe the things we throw away, the connotations are the same; of something dirty, useless and incontrovertibly ‘bad’. But does such a dismissive rendering mask a more nuanced reality?

In Rubbish Belongs to the Poor, Patrick O’Hare journeys to the heart of Uruguay’s waste disposal system in order to reconceptualize rubbish as a 21st century commons, at risk of enclosure. On a giant landfill site outside the capital Montevideo we meet the book’s central protagonists, the ‘classifiers’: waste-pickers who recover and recycle materials in and around its fenced but porous perimeter. Here the struggle of classifiers against the enclosure of the landfill, justified on the grounds of hygiene, is brought into dialogue with other historical and contemporary enclosures – from urban privatizations to rural evictions — to shed light on the nature of contemporary forms of capitalist dispossession.

Supplementing this rich ethnography with the author’s own insights from dumpster diving in the UK, the book analyzes capitalism’s relations with its material surpluses and what these tell us about its expansionary logics, limits and liminal spaces. Rubbish Belongs to the Poor ultimately proposes a fundamental rethinking of the links between waste, capitalism and dignified work.

END_OF_DOCUMENT_TOKEN_TO_BE_REPLACED 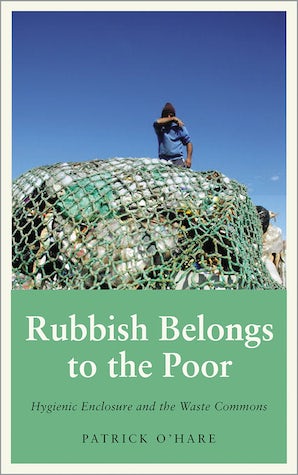