The Mosaic Rooms and Pluto Press are delighted to host the launch for Sara: Prison Memoir of a Kurdish Revolutionary the second instalment in the gripping memoir by Sakine Cansiz, which chronicles the Kurdish revolutionary’s harrowing years in a Turkish prison, following her arrest in 1979 at the age of 21.

Jailed for more than a decade for her activities as a founder and leader of the Kurdish freedom movement, she faced brutal conditions and was subjected to interrogation and torture. Remarkably, the story she tells here is foremost one of resistance, with courageous episodes of collective struggle behind bars including hunger strikes and attempts at escape.

Janet Biehl, the book’s translator and editor will be in conversation via Skype with Elif Sarican.

Janet Biehl is a writer, editor and translator. She was Murray Bookchin’s collaborator for the last two decades of his professional life. Her most recent work is Ecology or Catastrophe: The Life of Murray Bookchin (2015, Oxford University Press) and she recently translated Revolution in Rojava (Pluto, 2016).

Elif Sarican is the UK Coordinator of the Kurdistan Student Union

END_OF_DOCUMENT_TOKEN_TO_BE_REPLACED 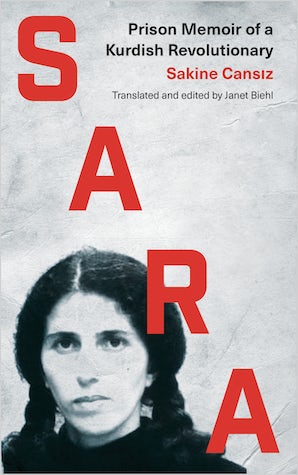 Prison Memoir of a Kurdish Revolutionary