To envisage a transition away from fossil fuels, understanding how we arrived at current unsustainable consumption levels is crucial.

The talk will propose ways of studying fossil fuel use – and particularly rapid consumption growth since the mid 20th century – through the lens of global history. Historians need to synthesise an understanding of both the technological systems by and through which fuels are consumed, and the social and economic systems in which they are embedded.

Turning-points in consumption patterns, such as the expansion of fuel-intensive industries in the rich world after the second world war; the recovery of demand after the 1970s oil price shocks; and the effect of globalisation and the “third technological revolution” from the 1980s; will be considered.

Study of these interwoven histories may help us to understand, first, the political history of the international climate negotiations, and, second, the negotiations’ disastrous failure to achieve their central aim, i.e. to reverse fossil fuel consumption growth.

END_OF_DOCUMENT_TOKEN_TO_BE_REPLACED 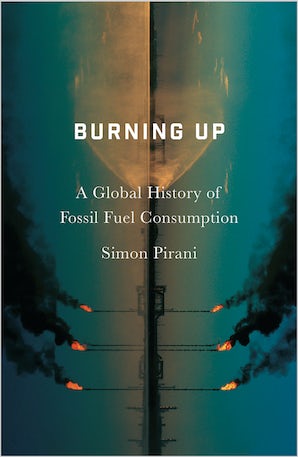 A history of the excesses of capitalism's rampant fossil fuel consumption since 1950.
END_OF_DOCUMENT_TOKEN_TO_BE_REPLACED
All events
X