The Royal Asiatic Society will host a book launch of Talat Ahmed’s new critical biography Mohandas Gandhi: Experiments in Civil Disobedience, which highlights the contradictions in Gandhi’s non-violent philosophy. Dr Ahmed will discuss the book with Professor David Arnold followed by a question and answer session, with copies of the book available for purchase after the lecture.

‘Cuts through the extensive literature on Gandhi to produce a vibrant portrait of a world historical figure … avoiding a simplistic judgement on this vastly important man for India’s national struggle’ – Vijay Prashad, Tricontinental: Institute for Social Research

‘Considering all the biographies that glorify Gandhi, this concise book adopts a refreshing and consistently critical approach’ – Dr Yasmin Khan, author of ‘The Raj at War: A People’s History of India’s Second World War’

‘This is an outstanding book on Gandhi’s life. Ahmed relates Gandhi to the struggles of anti-imperialist forces and illuminates his innovations in tactics of political resistance’ – Meghnad Desai, author of ‘The Rediscovery of India’

Talat Ahmed is Lecturer in South Asian History at the University of Edinburgh. She is a Fellow of the Royal Asiatic Society and the author of Mohandas Gandhi: Experiments in Civil Disobedience (Pluto, 2018) and of a study of the All-India Progressive Writers’ Association entitled Literature and Politics in the Age of Nationalism: The Progressive Episode in South Asia, 1932-56 (Routledge, 2009).

Since his early research, on nationalist politics in south India in the 1920s and 1930s, his work has ranged widely over the history of modern South Asia, and beyond, and has included social and environmental history and the history of science, technology and medicine. Along with David Hardiman he was a founder member of the Subaltern Studies group of historians of South Asia.

He is currently writing a history of South Asia and developing research on food and ‘everyday technology’ in South and Southeast Asia.

END_OF_DOCUMENT_TOKEN_TO_BE_REPLACED 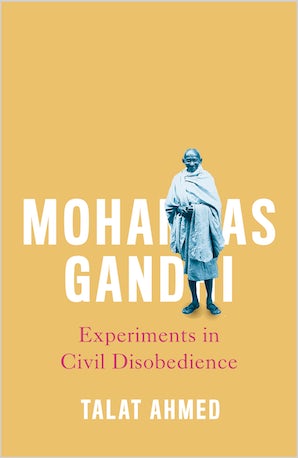