As part of the Thinking on Sunday programme

** At the time of announcement this is an ONLINE only event — however, we may in the future also make physical tickets available. If this becomes possible we will announce it here. Please register for an online ticket using the “Book Now” link **

** Conway Hall is a charity and we politely ask you to add a donation of at least £5 when registering. **

In a time of intensified global white supremacist and patriarchal violence, anti-racist feminist movements and analyses have never been more vital. Women of colour are at the forefront of such struggles worldwide – but are white feminists really by their side?

Despite a rich history of black critique of racist and imperial feminist politics, racism still exists within contemporary British feminist movements. To explain why, Terese Jonsson examines the history of feminism over the last forty years. She argues that black British feminism’s central role in shaping the movement has been marginalised through narratives which repeatedly position white women at the centre of the story, from the women’s liberation movement in the 1960s to today.

Analysing the ways in which whiteness continues to pervade both academic and popular feminist literature, as well as feminist debates in the liberal media, Jonsson demonstrates that, despite an increased attention to race, intersectionality and difference, stories told by white feminists are shaped by their desire to maintain an ‘innocent’ position towards racism.

Terese Jonsson is a member of the editorial collective of Feminist Review. She is the author of Innocent Subjects: Feminism and Whiteness (Pluto, 2019).

END_OF_DOCUMENT_TOKEN_TO_BE_REPLACED 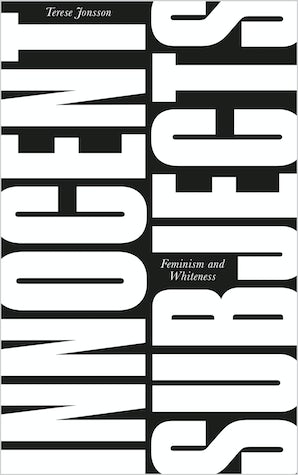