With Jamie Woodcock, author of 'Working the Phones'

What are the key challenges of welfare states of the future? In a world of limited resources, what should our priority be? To close the LSE Festival, we will pit Beveridge’s “five giants” (reimagined as the giant issues of housing and urbanisation, education and skills, health and social care, the future of work and the challenges of poverty), as well as the missing sixth Giant voted for by you, against each other in a battle to decide which is the biggest issue now and in the near future.

Tania Burchardt is Director of the Centre for Analysis of Social Exclusion (CASE) and an Associate Professor in the Department of Social Policy at LSE. Tania’s research interests lie in theories of justice, including the capability approach, measurement of inequality and applied welfare policy analysis. She has held research grants from the British Academy, ESRC, Joseph Rowntree Foundation, Nuffield Foundation and the Equality and Human Rights Commission, and, with Polly Vizard, has led the programme of research on capability, equality and human rights within CASE.

Tammy Campbell (@_TammyCampbell) is based in the LSE’s Centre for Analysis of Social Exclusion, and is a (mainly) quantitative researcher. She completed her PhD at the UCL Institute of Education, focussing on structural and psychological factors creating difference among primary school pupils, and was previously a Government Social Researcher in the Department for Education. Before that, she worked with children and young people, in London, Japan, and Norway. Tammy’s current research interests include: inequalities in pre-school education, month of birth effects, stereotyping and bias in perceptions of pupils, ‘ability’-grouping, and factors influencing breastfeeding. Further information on publications related to these topics.

Kathleen Scanlon (@KathJScanlon) is Assistant Professorial Research Fellow at LSE London. She has a wide range of research interests including comparative housing policy (across all tenures–social and private rented housing as well as owner-occupation), comparative mortgage finance, and migration. Since 2015 she has focused on ways of accelerating new housing development in London, looking at a range of solutions from cohousing and other collaborative approaches to the potential of large-scale private rented schemes. She recently edited an authoritative book on Social Housing in Europe (Wiley, 2014).

Jamie Woodcock (@jamie_woodcock) is a Fellow at LSE and author of Working The Phones, a study of a call centre in the UK inspired by the workers’ inquiry. His current research involves developing this method in co-research projects with Deliveroo drivers and other digital workers in the so-called gig economy. He is on the editorial board of Historical Materialism. His current research focuses on digital labour, the sociology of work, the gig economy, resistance, and videogames. He has previously worked as a postdoc on a research project about videogames, as well as another on the crowdsourcing of citizen science. Jamie completed his PhD in sociology at Goldsmiths, University of London and has held positions at Goldsmiths, University of Leeds, University of Manchester, Queen Mary, NYU London, and Cass Business School.

Minouche Shafik is Director of LSE. Prior to this she was Deputy Governor of the Bank of England.

This is the closing event of the LSE Festival: Beveridge 2.0 running from Monday 19 to Saturday 24 February 2018, with a series of events rethinking the welfare state for the 21st century and the global context.

END_OF_DOCUMENT_TOKEN_TO_BE_REPLACED 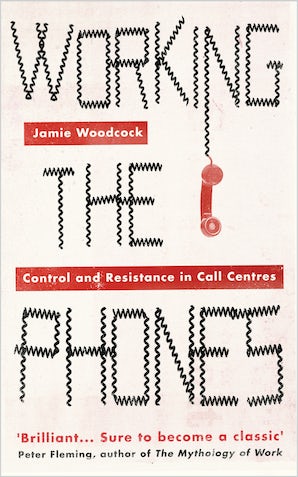 Control and Resistance in Call Centres