The History and Future of Black Studies

A surge of African American enrolment and student activism brought Black Studies to many US campuses in the 1960s. Sixty years later, Black Studies programmes are taught at more than 1,300 universities worldwide. The History of Black Studies by Abdul Alkalimat, published by Pluto Press, is the first history of how that happened.

Black Studies founder and movement veteran Abdul Alkalimat offers a comprehensive history of the discipline that will become a key reference for generations to come. This event will define what Black Studies is, its role in the community and in social movements, its ascent into mainstream higher education and what he Future of Black Studies looks like.

Abdul Alkalimat is a founder of the field of Black Studies and Professor Emeritus at the University of Illinois at Urbana Champaign. A lifelong scholar-activist with a PhD from the University of Chicago, he has lectured, taught and directed academic programs across the US, the Caribbean, Africa, Europe and China. His activism extends from having been chair of the Chicago chapter of the Student Non-Violent Coordinating Committee (SNCC) in the 1960s, to a co-founder of the Black Radical Congress in 1998. He edited H-Afro-Am (1997-2014).

Kehinde Andrews is the UK’s first Professor of Black Studies, at Birmingham City University, where he led the establishment of the first Black Studies programme in Europe, the Chair of the Harambee Organisation of Black Unity, and editor in chief of Make It Plain. He is the author of Back to Black: Retelling Black Radicalism for the 21st Century.

Gus John is a scholar activist who has lived in Britain since 1964. He is a social analyst, social historian and author and has studied and written about immigration law and its impact upon the African and Asian diaspora since the 1960s. He was a founding trustee of the George Padmore Institute and is currently Associate Professor at the UCL Institute of Education and Visiting Professor at Coventry University.

Register through Eventbrite to receive a link to the stream before the event. It will start at 18:00 GMT. You can also find the event on Pluto Press’ YouTube channel. The event will be recorded and uploaded to the channel after the event too.

The History of Black Studies by Abdul Alkalimat is available to order from the Pluto Press website and is available at a 30% discount throughout the month of February.

END_OF_DOCUMENT_TOKEN_TO_BE_REPLACED 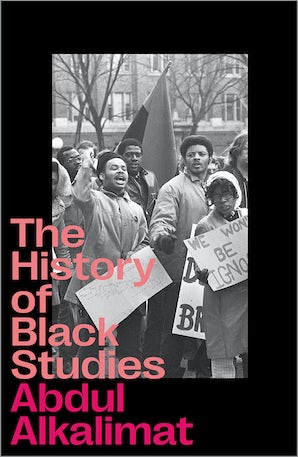 The History of Black Studies