Amsterdam launch for the new book by Ramzy Baroud

Middle East Monitor, along with Pluto Press, invite you to attend the book launch and signing, on March 27th in the presence of the author, Ramzy Baroud.

The Last Earth: A Palestinian Story tells the story of modern Palestine through the memories of those who have survived it.

The event will be chaired by Dina Matar. She is a Senior Lecturer Political Communication and Associate Head at the Centre for Media Studies at SOAS, University of London.

Palestinian history has long faced obstacles, first from Orientalist readings of the Middle East, and then by attempts from Zionists to replace Palestinian historical narratives. The Last Earth challenges previous takes on Palestinian history, unearthing the commonalities within the Palestinian narrative, separated through political divisions, geographical barriers and walls, factionalism, military occupation, and exile. Through testimonies and accounts, we come to understand the complexities and contradictions of memory and the telling of history in the midst of conflict.

As well as offering a history of the conflict and the region, The Last Earth also acts as a reclamation of history for the Palestinian people, allowing them to be active participants in shaping the present and the future.

Ramzy Baroud is a journalist, media consultant, author and editor of the PalestineChronicle.com. He is a Non-Resident Scholar at Orfalea Center for Global and International Studies, University of California Santa Barbara. He is the author of My Father Was a Freedom Fighter: Gaza’s Untold Story (Pluto, 2009), and The Last Earth: A Palestinian Story (Pluto, 2018), among others books. He has a PhD in Palestine Studies from the University of Exeter.

END_OF_DOCUMENT_TOKEN_TO_BE_REPLACED 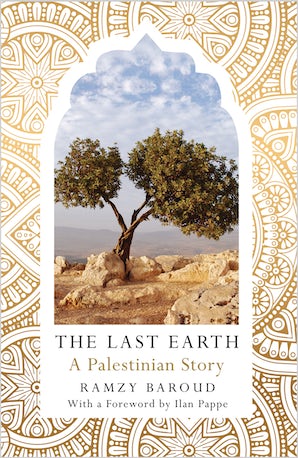 An evocative history of Palestine, told through the stories of the people who have survived the conflict.
END_OF_DOCUMENT_TOKEN_TO_BE_REPLACED
All events
X