The New Authoritarians and Covid 19

The New Authoritarians and COVID-19: a discussion with David Renton and Sita Balani about the rise of the far right in a time of crisis.

The years since the 2008 crash have seen a rise of authoritarian, right-wing politics across the globe. The many representatives of this ascendent current include Trump in the US, the UK’s radicalized Conservative Party, Modi in India, Bolsonaro in Brazil, and Orban in Hungary.
Drawing on strands of multiple traditions, from traditional conservatism to fascism, this remains a novel and still-evolving formation, differing across national and regional contexts. Now, its representatives are faced with a pandemic, the impacts of which on our social, economic, and political systems – as well as on human life itself – are already vast.
Drawing on David Renton’s The New Authoritarians: Convergence on the Right (Haymarket Books and Pluto, 2019), this discussion will interrogate the responses and prospects of the global right in the era of COVID-19.
Buy from Haymarket Books (North America): https://www.haymarketbooks.org/books/1261-the-new-authoritarians
Buy from Pluto Press (UK and Europe): https://www.plutobooks.com/9780745338156/the-new-authoritarians/
David Renton is a barrister, writer, and political activist. From 2003 to 2006, he was a member of the national steering committee of Unite Against Fascism. His many books include Fascism: Theory and Practice (1999), Fascism, Anti-Fascism, and Britain in the 1940s (2000), British Fascism, the Labour Movement, and the State (2004), and When We Touched the Sky: the ANL, 1977-1981 (2006).
Sita Balani is a lecturer in contemporary literature and culture at King’s College London. In her research and teaching, she explores the relationship between imperialism and identity in contemporary Britain. Her work has appeared in Feminist Review, Identity Theory, Open Democracy, Photoworks and the Verso blog.
Click the link below to register.
END_OF_DOCUMENT_TOKEN_TO_BE_REPLACED 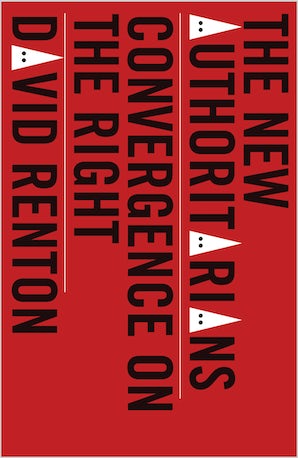 A bold thesis arguing that fascism is not the main enemy today - but a new and dangerous alliance of the right.
END_OF_DOCUMENT_TOKEN_TO_BE_REPLACED
All events
X