The Roots and Nature of the Syrian Revolution

A discussion of the causes, nature and trajectory of the Syrian struggle for liberation, and the reasons for its defeat.

At its start, the Syrian Revolution in 2011 was a mass popular uprising for democracy and equality against Bashar al-Assad’s brutal dictatorship. It included people from all ethnicities and religious groups who liberated sections of the country and tried to build a new democratic society.

This panel will discuss the causes, nature and trajectory of this struggle for liberation, and the reasons for its defeat.

Anand Gopal is an award-winning journalist and assistant research professor with the Center for the Study of Religion and Conflict and the Center on the Future of War at Arizona State University.

Loubna Mrie is a Syrian photographer, journalist, and writer. She covered the Syrian war as a photojournalist for Reuters from 2012 to 2014. Her work has been published in The Nation, Time Magazine, Vice, and The New Republic. She is currently writing her first book, about the war in Syria, for Penguin Random House.

Yasser Munif is a Sociology Assistant Professor in the Institute for Liberal Arts at Emerson College. He is the author of The Syrian Revolution: Between the Politics of Life and the Geopolitics of Death and co-founder of the Global Campaign for Solidarity with the Syrian Revolution

Click the link below for more information, and to register.

END_OF_DOCUMENT_TOKEN_TO_BE_REPLACED 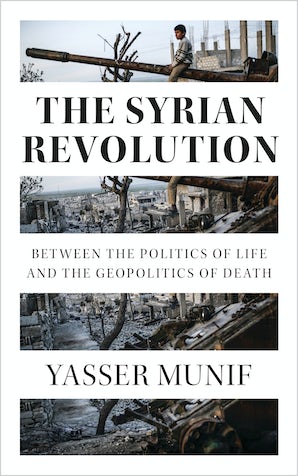 Between the Politics of Life and the Geopolitics of Death