The Solutions are Already Here:

Are alternative energies and Green New Deals enough to deliver environmental justice? Peter Gelderloos argues that international governmental responses to the climate emergency are structurally incapable of solving the crisis. But there are possibilities.

Across the world, grassroots networks of local communities are working to realize their visions of an alternative revolutionary response to planetary destruction, often pitted against the new megaprojects promoted by greenwashed alternative energy infrastructures and the neocolonialist, technocratic policies that are the forerunners of the Green New Deal.

Gelderloos interviews food sovereignty activists in Venezuela, Indigenous communities reforesting their lands in Brazil and anarchists fighting biofuel plantations in Indonesia, looking at the battles that have cancelled airports, stopped pipelines, and helped the most marginalized to fight borders and environmental racism, to transform their cities, to win a dignified survival.

All author royalties and proceeds from this event will go to the Indigenous reforesting initiatives in Brazil and anarchists fighting biofuels in Indonesia.

PETER GELDERLOOS is a writer and movement participant. He is the author of How Nonviolence Protects the State, Anarchy Works and Worshiping Power: An Anarchist View of Early State Formation. He has contributed chapters to anthologies Keywords for Radicals and Riots and Militant Occupations.

END_OF_DOCUMENT_TOKEN_TO_BE_REPLACED 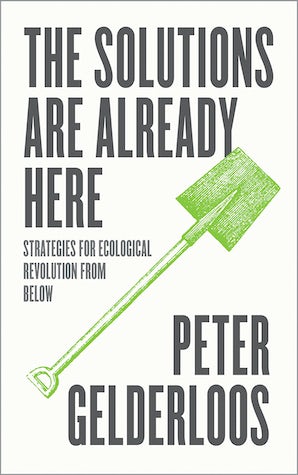 The Solutions are Already Here

As the climate crisis worsens, we must look to revolutionary strategy for justice