This is one of a series of “launch” meetings across the country.

Will we agree with everything in this book? We can’t say that, because we have yet to read it ourselves. What does seem clear, though, is that it deals with a range of issues that local Trade Unionists, and those wanting to set up a Trade Union at work, will be interested in discussing.

Drawing on more than 20 years of organising experience, it promises to combine practical techniques with an analysis of the theory and politics of organising and Trade Unions. It offers insight into tried and tested methods for effective organising. It deals with tactics and strategies, and addresses some of the roots of conflict, common problems facing Trade Unions, and the resistance of management to worker organising.

The author, Ian Allinson, started organising while working in a largely un-unionised multinational outsourcing company. He was involved in strikes which won union recognition, saved jobs, defended pensions, and improved pay, sick pay and holidays – culminationg in the first national strike in the notoriously difficult to organise IT industry in Britain, which won a national agreement despite the employer not recognising the union nationally. He served ten years on the national Executive committees of Amicus and Unite, and was a candidate for Unite General Secretary in 2017. He is currently industrial action coordinator on the executive committee of Manchester TUC, where he was previously President.

END_OF_DOCUMENT_TOKEN_TO_BE_REPLACED 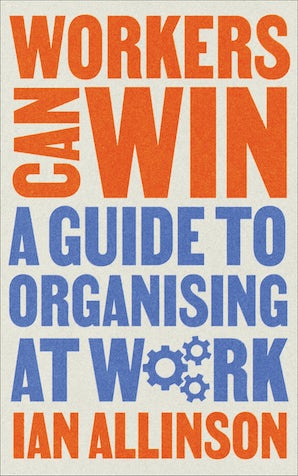 A Guide to Organising at Work

A nuts-and-bolts guide to organising your workplace