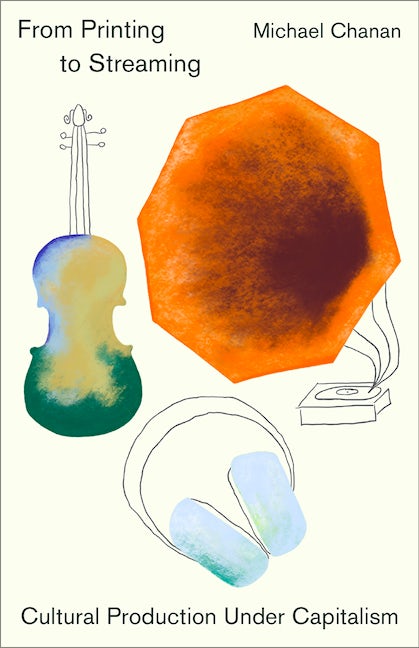 From Printing to Streaming

For mainstream economics, cultural production raises no special questions: creative expression is to be harvested for wealth creation like any other form of labour. As Karl Marx saw it, however, capital is hostile to the arts because it cannot fully control the process of creativity. But while he saw the arts as marginal to capital accumulation, that was before the birth of the mass media.

Engaging with the major issues in Marxist theory around art and capitalism, From Printing to Streaming traces how the logic of cultural capitalism evolved from the print age to digital times, tracking the development of printing, photography, sound recording, newsprint, advertising, film and broadcasting, exploring the peculiarities of each as commodities, and their recent transformation by digital technology, where everything melts into computer code.

Showing how these developments have had profound implications for both cultural creation and consumption, Chanan offers a radical and comprehensive analysis of the commodification of artistic creation and the struggle to realise its potential in the digital age.

Michael Chanan is a documentary filmmaker, writer and Professor Emeritus at the University of Roehampton. He has written extensively on film and video in Latin America and has filmed in most of the countries in the continent at intervals since the early 1980s, as well as writing on other film history topics and the social history of music, and making several films on capitalism in crisis. His latest film is Cuba: Living Between Hurricanes.

'Drawing on nearly fifty years of writing and teaching about the media and making films, Michael Chanan presents us with a series overlapping histories of different media technologies, which is both authoritative and original'

- Claudia Gorbman, Professor Emerita of Film Studies at the University of Washington Tacoma