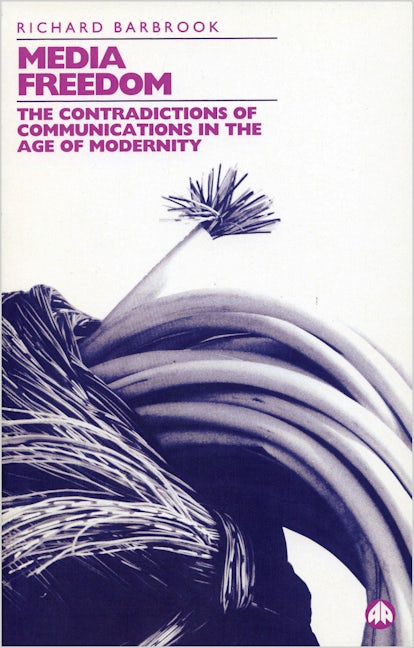 The Contradictions of Communications in the Age of Modernity

An innovative approach to media studies
Most people believe that the freedom of the media is an essential prerequisite of a modern democracy. Yet there is also a growing conviction that the media are turning democratic politics into a branch of show business. Contemporary politics have been trivialised into a series of sound-bites and photo opportunities, and the ‘classical’ role of the media as a forum for rational debate between rival ideas has been traded for media controlled by collective institutions and management hierarchies.

In Media Freedom, Richard Barbrook explores this transition from popular participation to corporate centralisation, focusing on the history of the French media as a model to determine why the spread of the media to all sections of the population has resulted in the exclusion of most people from its production.

Barbrook traces the origin of media freedom as a positive right, explores the proliferation of an increasingly global media and examines the re-emergence of self-produced media through computer networks and community broadcasting. Media Freedom is an innovative approach to media studies, challenging the apolitical stance of the discipline and offering a fresh understanding of the current debates about media and freedom.