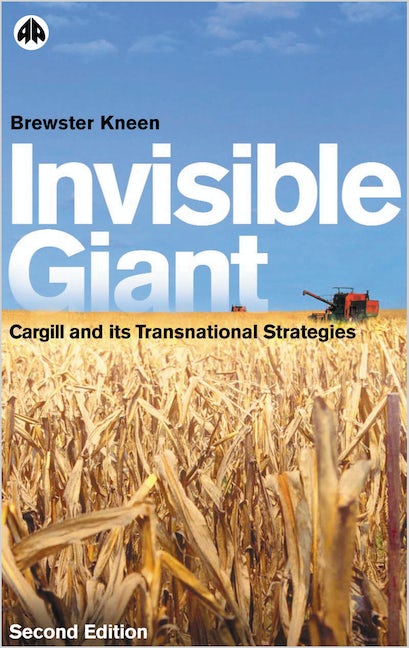 Cargill and Its Transnational Strategies

Breaks the silence on the true extent of Cargill's power and influence worldwide
Transnational corporations straddle the globe, largely unseen by the public. Cargill, with its headquarters in the US, is the largest private corporation in North America, and possibly in the world. Cargill trades in food commodities and produces a great many of them: grains, flour, malt, corn, cotton, salt, vegetable oils, fruit juices, animal feeds, and meat.

Among its most profitable activities is its trade in the global financial markets. There are few national economies unaffected by Cargill's activities, and few eaters in the north whose food does not pass through Cargill's hands at some point. Yet Cargill remains largely invisible to most people and accountable to no one outside the company.

This is an explosive book that breaks the silence on the true extent of Cargill's power and influence worldwide - its ability to shape national policies, and the implications of these strategies for all of us. Thoroughly revised and updated, Kneen's new book offers shocking new evidence of Cargill's activities since the book was first published.

Brewster Kneen is Canada's foremost analyst and critic of agribusiness. He has written several books on different aspects of food and its production including Invisible Giant: Cargill and Its Transnational Strategies (Pluto, 2002) and also publishes a monthly newsletter, The Ram's Horn.