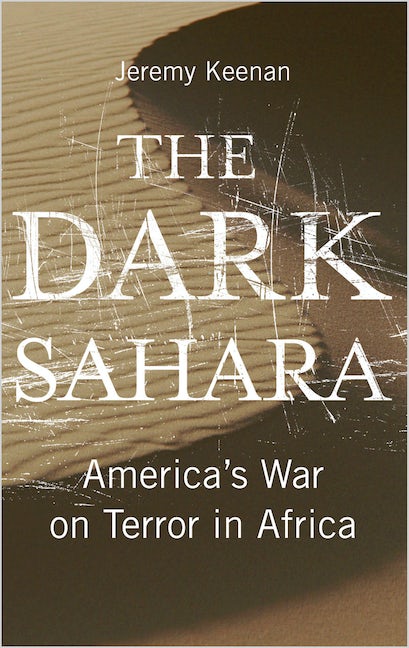 America's War on Terror in Africa

Is Africa a hotbed of terrorism?
This book reveals the secret US agenda behind the 'war on terror' in Africa and the shocking methods used to perpetuate the myth that the region is a hotbed of Islamic terrorism.

Africa expert Jeremy Keenan points to overwhelming evidence suggesting that, from 2003, the Bush administration and Algerian government were responsible for hostage takings blamed on Islamic militants. This created a permissive public attitude, allowing the US to establish military bases in the region and pursue multiple imperial objectives in the name of security.

The shocking revelations in this book undermine the mainstream view of Africa as a legitimate 'second front' in the 'war on terror'.

Jeremy Keenan is a Professorial Research Associate at the School of Oriental and African Studies. He has written many books including The Dark Sahara (Pluto, 2009) and The Dying Sahara (Pluto, 2013). He is a consultant to numerous international organisations on the Sahara and the Sahel, including the United Nations, the European Commission and many others.

Introduction
The Dossier
Missing
1. The Sahara's Bermuda Triangle
2. Reconstructing Tora Bora
3. 'Whodunit'
4. Grounds for suspicion in the Algerian Sahara
5. Grounds for suspicion in the Sahel
6. Who was El Para?
7. Oil and Empire
8. Algeria's black decade
9. Islamists and Eradicators: Algeria's 'Dirty War'
10. The Banana theory of terrorism
11. Preparing the disinformation
12. The nature of US intelligence
13. 'Blowback' and resistance
Notes
Bibliography
Index
Published by Pluto Press in May 2009
Paperback ISBN: 9780745324524