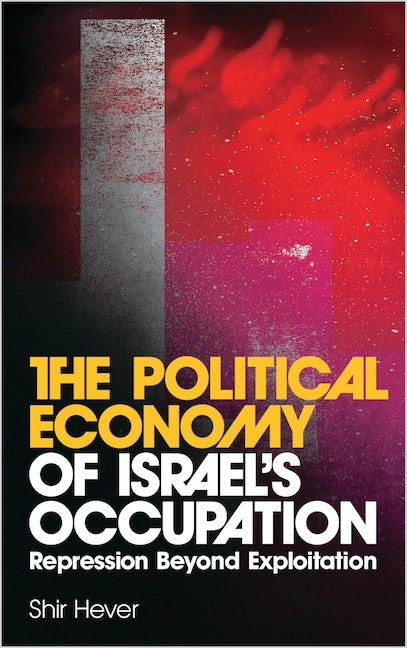 The Political Economy of Israel's Occupation

A careful and illuminating analysis of the economic dimensions of the Palestine-Israel conflict. Invaluable for students, journalists and activists.
The Israeli occupation of the Palestinian territories since 1967 has many important economic aspects that are often overlooked. In this highly original book, Shir Hever shows that understanding the economic dimensions of the occupation is crucial to unravelling the Israeli-Palestinian conflict.

With traditional economic analysis failing to explain this turn of events, this book will be invaluable for students, activists and journalists struggling to make sense of the complex issues surrounding Israel's occupation.

'Shir Hever has emerged as one of the most incisive analysts of the critical Israeli Left' - Jeff Halper, Director, The Israeli Committee Against House Demolitions (ICAHD)
Acknowledgements
Preface
Part I
Introduction
1. Background on the Palestinian Economy
Part II: Selected Topics in the Economy of the Occupation
2. International Aid
3. Inflation in the OPT
4. Economic Cost of the Occupation to Israel
5. Trends in the Israeli Economy
6. Case Study: The Wall in Jerusalem
Part III: Implications of the Economy of the Occupation
7. Beyond Exploitation
Chapter 8 – Theoretical Analysis and Binationalism
Conclusion
Bibliography
Index
Published by Pluto Press in Aug 2010
Paperback ISBN: 9780745327945
eBook ISBN: 9781783714186