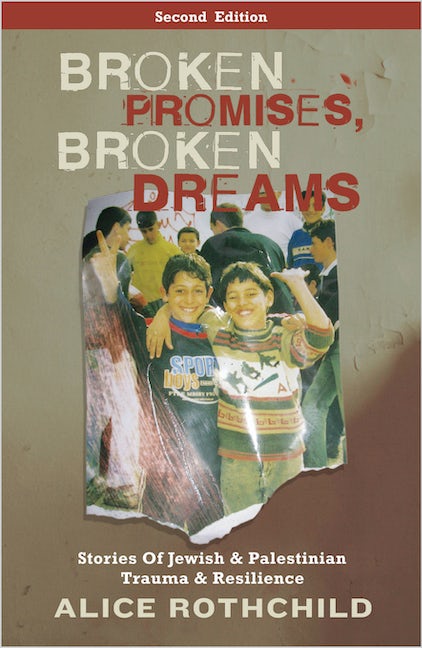 Stories of Jewish and Palestinian Trauma and Resilience

New edition of this unique and honest account of the conflict seen through the eyes of a doctor, with personal accounts that bring the trauma to life.
The tragedies of the conflict between Israelis and Palestinians are never far from the pages of the mainstream press. Yet it is rare to hear about the reality of life on the ground -- and it is rarer still when these voices belong to women.

This book records the journey of a Jewish American physician travelling and working within Israel and the Occupied Territories. Alice Rothchild grew up in a family grounded by the traumas of the Holocaust and passionately devoted to Israel. This book recounts her experiences as she grapples with the reality of life in Israel and the hardships of Palestinians living in the West Bank and Gaza.

The new edition includes a new preface, two chapters on Israeli dissent and a chapter which explores the impact of a Palestinian home demolition and the work of Israeli soldiers and Palestinian fighters who have joined together to form Combatants for Peace.

Ultimately, the book raises troubling questions regarding US policy and the mainstream Jewish community's insistence on giving unquestioning support to all Israeli policy.

Alice Rothchild is a physician, author, and filmmaker who has focused her interest in human rights and social justice on Israel/Palestine. She is the author of Broken Promises, Broken Dreams (Pluto, 2010), On the Brink: Israel and Palestine on the Eve of the 2014 Gaza Invasion (Just World Books, 2014), and Condition Critical: Life and Death in Israel/Palestine (Just World Books, 2017).