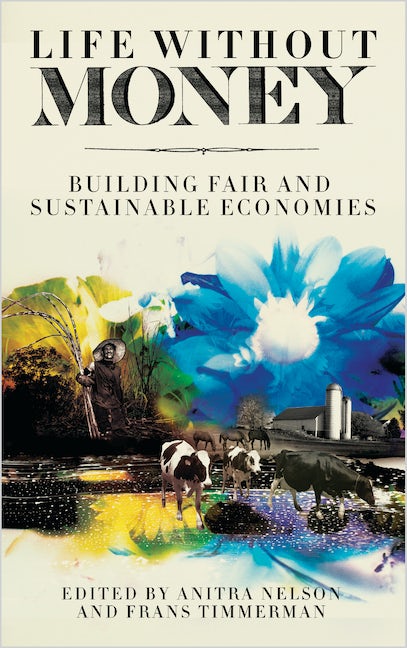 We urgently need to combat those who say 'there is no alternative' to the current system, but what would an alternative look like? The contributors to Life Without Money argue that it is time radical, non-market models were taken seriously. The book brings together diverse voices presenting strong arguments against our money-based system's ability to improve lives and prevent environmental disaster. Crucially, it provides a direct strategy for undercutting capitalism by refusing to deal in money, and offers money-free models of governance and collective sufficiency.

Life Without Money is written by high-profile activist scholars, including Harry Cleaver, Ariel Salleh and John O'Neill, making it an excellent text for political economy and environmental courses, as well as an inspiring manifesto for those who want to take action.

Anitra Nelson is Honorary Principal Fellow at the Informal Urbanism Research Hub (InfUr-), University of Melbourne, Australia and co-author of Exploring Degrowth, co-editor of Life Without Money and author of Marx's Concept of Money.

Frans Timmerman (1961-2011) was a socialist faction leader in the Australian Labor Party and political adviser to members of parliament. He edited Free Palestine (1979-1990), published by the General Palestinian Delegation in Australia and was the co-editor of Life Without Money (Pluto, 2011).

'An indispensable collection for those who are bold enough to explore this dramatic prospect. Life Without Money is an essential guidebook for the great debate now unfolding and around which our hopes for a worthwhile future unfold' - Joel Kovel, author of Enemy of Nature (2002; 2007) and Overcoming Zionism (Pluto, 2007) 'A timely contribution to an under-researched and under reported area of economics: the theory of money and proposals for alternatives to the globalised capitalist financial system' - Molly Scott Cato, Reader in Green Economics, Cardiff School of Management
CONTENTS
Preface
Acknowledgements
List of Boxes
Abbreviations
1. Use Value and Exchange Value, by Anitra Nelson and Frans Timmerman
PART I. CRITIQUES OF CAPITALISM AND COMMUNISM
2. Money v. Socialism, by Anitra Nelson - Honorary Associate Professor of RMIT University (Australia)
3. Work Refusal and Self-Organisation, by Harry Cleaver - Associate Professor of Economics at the University of Texas (Austin)
4. Money, Markets and Ecology, by John O’Neill - Hallsworth Professor of Political Economy at the University of Manchester (England)
5. The Value of a Synergistic Economy, by Ariel Salleh - Researcher in Political Economy at the University of Sydney (Australia), and previously Associate Professor in Social Ecology at the University of Western Sydney
6. A Gift Economy, by Terry Leahy - Senior Lecturer in Sociology and Anthropology at the University of Newcastle (Australia)
PART II. ACTIVISM AND EXPERIMENTS
7. Non-Market Socialism, by Adam Buick - Member of the Socialist Party of Great Britain and regular contributor to the Socialist Standard
8. Self-Management and Efficiency, by Mihailo Markovi - Widely published Serbian philosopher and scholar, worked for many years in the University of Belgrade Faculty of Philosophy
9. Labour Credit – Twin Oaks Community, by Kat Kinkade with the Twin Oaks Community - Founding member of Twin Oaks Community, established in Virginia (USA) in 1967, and co-founder of the East Wind and Acorn communities, and the Federation of Egalitarian Communities, which still exist today
10. The Money-Free Autonomy of Spanish Squatters, by Claudio Cattaneo - Obtained his PhD at the Institute for Environmental Science and Technology (Universitat Autònoma de Barcelona) and teaches ecological economics at Carlo Cattaneo University (Italy)
11. Global Strategy: Contract and Converge, by Anitra Nelson and Frans Timmerman - Prominent socialist faction leader in the Australian Labor Party for decades and a political adviser to several members of parliament. Co-editor of Free Palestine published by the General Palestinian Delegation in Australia (1979–1990)
Notes on Contributors
Index
Published by Pluto Press in Nov 2011
Paperback ISBN: 9780745331652
eBook ISBN: 9781783711000