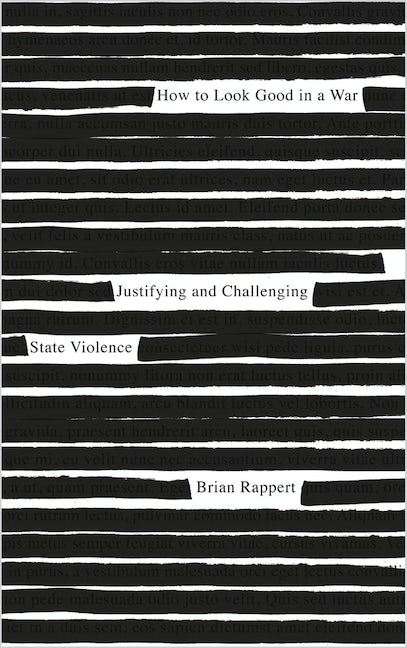 How to Look Good in a War

Brian Rappert details the 'upside-down' world of war in which revelation conceals, knowledge fosters uncertainty, and transparency obscures. He looks at government spin during recent wars in Iraq, Afghanistan and Libya where officials manoeuvre between circulating and withholding information.

Through looking at recent controversies such as the use of weapons of mass destruction, cluster munitions and international law, Rappert considers how ignorance about the operation of war is produced and how individuals and groups can intervene to make a difference.

Brian Rappert is Professor of Science, Technology and Public Affairs in the Department of Sociology and Philosophy at the University of Exeter.

'One of our shrewdest commentators on the complicated ways in which we come to believe that wars are right and weapons are good.' - Hugh Gusterson, Professor of Anthropology and Sociology at George Mason University 'An important book with much to offer to anyone concerned with the study of statecraft in time of war' - Paul Rogers is Professor of Peace Studies at Bradford University 'A sophisticated exploration of how understandings of war and weapons are produced by the movements between disclosure and concealment in official discourse. An important and very readable addition to the literature on contemporary Western warmaking' - Martin Shaw, Research Professor, Institut Barcelona d'Estudis Internacionals and University of Sussex, and Professorial Fellow in International Relations and Human Rights, University of Roehampton, London. Author of The New Western Way of War.
Introduction: Grasping Shadows
Part I: Partial Revelations
1. Show and Tell: Distortion, Accuracy, and WMD
2. Estimating Ignorance
3. Disabling Discourses: International Law, Legitimacy, and the Politics of Balance
Part II: Dialogues
4. Open Conversations and Public Secrets?: The Banning of Cluster Munitions
5 . Binding Options
6. Framing and Framed: The Category of Explosive Violence
Conclusion. Pulling Back
Notes
Index
Published by Pluto Press in Sep 2012
Hardcover ISBN: 9780745331805
eBook ISBN: 9781849647748