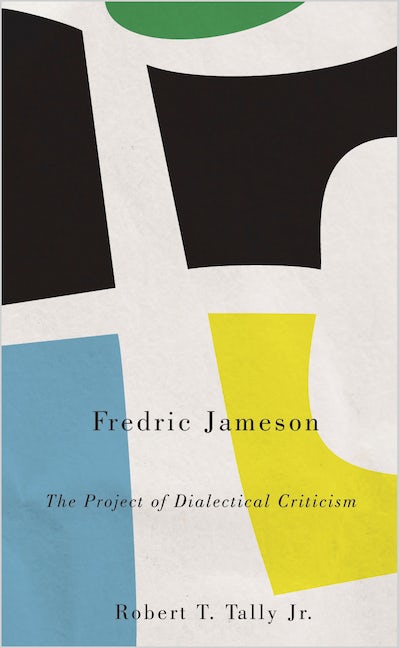 The Project of Dialectical Criticism

A comprehensive guide to Jameson's theoretical project and a convincing argument for the power of dialectical criticism to understand the world today.

Fredric Jameson is the most important Marxist critic in the world today. While consistently operating at the cutting edge of literary and cultural studies, Jameson has remained committed to seemingly old-fashioned philosophical discourses, most notably dialectical criticism and utopian thought.

In Fredric Jameson: The Project of Dialectical Criticism, Robert Tally surveys Jameson's entire oeuvre, from his early studies of Sartre and formal criticism through his engagements with postmodernism and globalisation to his recent readings of Hegel, Marx and the valences of the dialectic.

The book is both a comprehensive critical guide to Jameson’s theoretical project and itself a convincing argument for the power of dialectical criticism to understand the world today.

Robert T. Tally Jr. is an Associate Professor of English at Texas State University. He is the author of Frederic Jameson (Pluto, 2014), Utopia in the Age of Globalization (2013), Spatiality (2013), Kurt Vonnegut and the American Novel (2011), Melville, Mapping, and Globalization (2009) and the editor of Geocritical Explorations (2011).

'One doesn't endorse one's self, but I can say that ... I'm most grateful to have available such a useful introduction to that work' - Fredric Jameson

'Offers us an engaging, intimate, and elegant portrait of Fredric Jameson. Tally's fine reconstruction of Jameson's wide-ranging and often intimidating work offers a portrait of Jameson as a thinker who argues that we must interpret the world in order to change it'<br> - Benjamin Noys, author of The Persistence of the Negative

Series Editors' Preface
Acknowledgements
Selected Works by Fredric Jameson
Introduction: Jameson as Educator
1. “… the dialectic requires you to say everything simultaneously …”
2. The Task of the Translator
3. The Untranscendable Horizon
4. The Cultural Logic of Late Capitalism
5. Cognitive Mapping and Globalization
6. The Thing about Modernity
7. Other Spaces are Possible
Conclusion: Reading Jameson
Notes
Index
Published by Pluto Press in Jun 2014
Hardcover ISBN: 9780745332116
eBook ISBN: 9781783711604