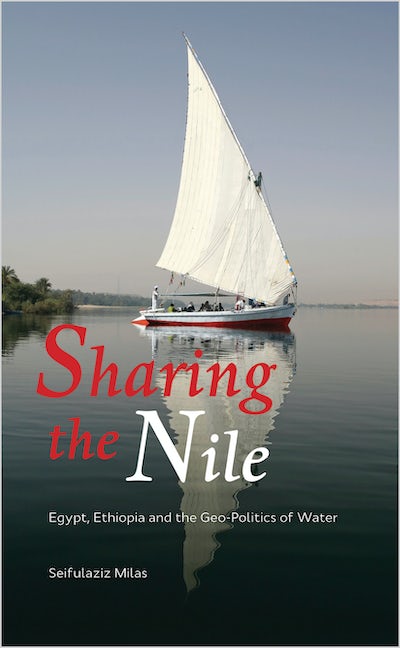 Egypt, Ethiopia and the Geo-Politics of Water

Recounts the history of the dispute over the Nile between Egypt and Ethiopia, and suggests a way forward, based on co-operation and development.

The Nile, the longest river in the world, is a both a resource for agriculture and industry and a mechanism of power. Drawing on decades of experience in the Horn of Africa, Seifulaziz Milas reveals the political nature of the 'Great River', recounting the history of disputes over its waters.

Herodotus wrote that 'Egypt was the gift of the Nile' and the relationship of the Egyptian regimes to the river, from colonial rule under Benjamin Disraeli to present, have been central in shaping the politics of the country and its foreign policy. Examining Egypt's central role in the river's politics, as well as its function for the ten other Nile countries, including Sudan, Somalia and Ethiopia, Milas' study takes in quests for dominance, the impact of the Nile Basin Initiative that advocates for shared socio-economic benefits of the river, and the potential for conflict over ownership of the river.

In outlining the history of disputes and power struggle, Milas hopes the Nile countries can learn from past mistakes, and suggests a way forward, based on co-operation, peace and development.

Seifulaziz Milas has worked with the United Nations Environment Programme, UNICEF, the African Union and the International Planned Parenthood Federation. He is a researcher specialising in the countries, peoples, conflicts and development issues of the Nile Basin and the Horn of Africa and the author of Sharing the Nile (Pluto, 2013).

'A brilliant book by one of the best observers of the complex politics of the Horn of Africa' - Professor Fantu Cheru, Senior Research Fellow, Nordic Africa Institute

Acknowledgements
1. Introduction and Overview
2. The Upstream States Reject Egyptian Control of the Nile Waters: The Cooperative Framework Agreement (CFA)
3. Nile Waters, Drought, Poverty and Conflict Risk
4. Who Needs the Nile Waters: One River, Eleven Countries
5. Who Owns the Nile Waters: The Legal Context
6. Egypt and the Nile: Cairo’s Quest for Hegemony
7. The Nile Basin Initiative: Efforts at Cooperation in the Nile Basin
8. The Imperative of Equitable Allocation of the Nile Waters
9. Regional Inequity in Water Resource Development and Conflict Risk
10. Nile Basin Initiative to Cooperative Framework Agreement
11. After the CFA, What has Changed?
12. Dimensions of the Threat of Conflict: Egypt’s military might
13. Egypt’s Nile Waters War: Could it Ever Become Real?
14. The Way Forward
15. Conclusions
Notes
References
Index
Published by Pluto Press in Jul 2013
Hardcover ISBN: 9780745333212