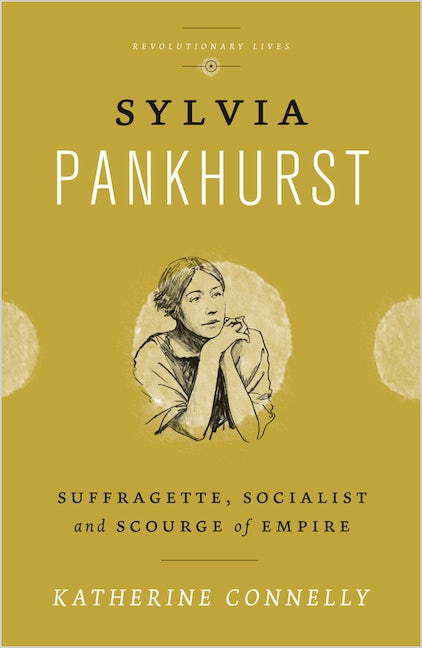 Suffragette, Socialist and Scourge of Empire

Lively and accessible biography of Sylvia Pankhurst, from suffragette to anti-Fascist activist.
From militant suffragette at the beginning of the twentieth century to campaigner against colonialism in Africa after the Second World War, Sylvia Pankhurst dedicated her life to fighting oppression and injustice.

In this vivid biography Katherine Connelly examines Pankhurst's role at the forefront of significant developments in the history of radical politics. She guides us through Pankhurst's construction of a suffragette militancy which put working-class women at the heart of the struggle, her championing of the Bolshevik Revolution and her clandestine attempts to sabotage the actions of the British state, as well as her early identification of the dangers of Fascism.

The book explores the dilemmas, debates and often painful personal consequences faced by Pankhurst which were played out in her art, writings and activism. It argues that far from being an advocate of disparate causes, Pankhurst's campaigns were united by an essential continuity which hold vital lessons for achieving social change. This lively and accessible biography presents Pankhurst as a courageous and inspiring campaigner, of huge relevance to those engaged in social movements today.

'An important work on my mother Sylvia Pankhurst. Packed with new historical information which makes her life and times come alive it is a fascinating and very readable biography' - Professor Richard Pankhurst 'Brings to life the politics and personality of one of the most important women in the history of the British left' - Lindsey German, author of How a Century of War Changed the Lives of Women
1. Portrait of the Artist as a Young Woman
2. Suffragettes, Socialism and Sacrifice
3. Working for their own Emancipation
4. Resisting the War
5. Sylvia’s Communism
6. Anti-Fascism
7. Fighting Imperialism in War and Peace
Notes
Index
Published by Pluto Press in Sep 2013
Paperback ISBN: 9780745333229
eBook ISBN: 9781849649438

END_OF_DOCUMENT_TOKEN_TO_BE_REPLACED
Back to Top
X