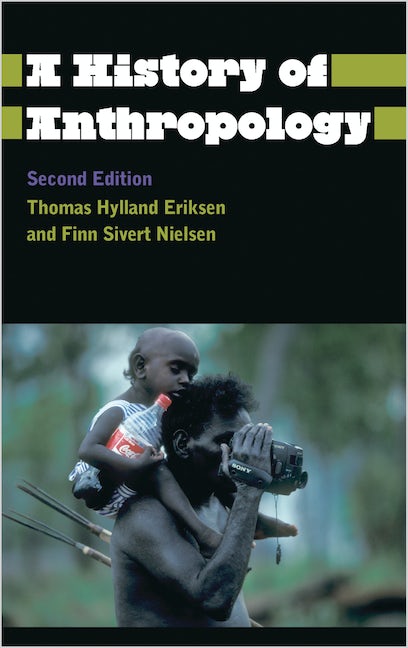 A History of Anthropology

Thoroughly updated and revised edition of a popular classic of modern anthropology.

This is a thoroughly updated and revised edition of a popular classic of modern anthropology. The authors provide summaries of 'Enlightenment', 'Romantic' and 'Victorian' anthropology, from the cultural theories of Morgan and Taylor to the often neglected contributions of German scholars. The ambiguous relationship between anthropology and national cultures is also considered.

The book provides an unparalleled account of theoretical developments in anthropology from the 1920s to the present, including functionalism, structuralism, hermeneutics, neo-Marxism and discourse analysis. There are brief biographies of major anthropologists and coverage of key debates including totemism, kinship and globalisation.

This essential text on anthropology is highly engaging, authoritative and suitable for students at all levels.

'A well written and informative book on a subject of great importance for all social anthropologists. A work which offers a sober and balanced account of the historical growth of anthropology'. It certainly deserves to be widely read' - The European Journal of Developmental Research

'The authors describe this book as an ambitious but unpretentious attempt to 'cover all the major traditions in social and cultural anthropology'. They achieve this in nine pithy chapters that follow the development of anthropological ideas from the ancient Greeks to the end of the 1990s. - The Australian Journal of Anthropology

Series preface
Preface
1. Proto-Anthropology
Introduction
Herodotus and other Greeks
After Antiquity
The European Conquests and their Impact
Why All This is not Quite Anthropology Yet
The Enlightenment
Romanticism
2. Victorians, Germans and a Frenchman
Introduction
Evolutionism and Cultural History
Morgan
Marx
Bastian and the German Tradition
Tylor and Other Victorians
The Golden Bough and the Torres Expedition
German Diffusionism
The New Sociology
Durkheim
Weber
3. Four Founding Fathers
Introduction
The Founding Fathers and their Projects
Malinowski and the Trobriand Islanders
Radcliffe-Brown's Natural Science of Society
Boas and Historical Particularism
Mauss and the Total Social Prestation
Anthropology in 1930: Parallels and Divergences
4. Expansion and Institutionalisation
Introduction
A Marginal Discipline?
Oxford and LSE, Columbia and Chicago
The Dakar-Djibouti Expedition
Culture and Personality
Cultural History
Ethnolinguistics
The Chicago School
'Kinshipology'
Functionalism's Last Stand
Some British Outsiders
5. Forms of Change
Introduction
Neo-evolutionism and Cultural Ecology
Formalism and Substativism
Methodological Individualists at Cambridge
Role Analysis and System Theory
6. The Power of Symbols
Introduction
From Function to Meaning
Ethnoscience and Symbolic Anthropology
Geertz and Schneider
Levi-Strauss and Structuralism
Early Impact
The State of the Art in 1968
7. Questioning Authority
Introduction
The Return of Marx
Structural Marxism
The Not-Quite-Marxists
Political Economy and the Capitalist World System
Feminism and the Birth of Reflexive Fieldwork
Ethnicity
Practice Theory
The Sociobiology Debate and Samoa
8. The End of Modernism?
Introduction
The End of Modernism?
The Postcolonial World
A New Departure or a Return to Boas?
Other Positions
9. Global Networks
Introduction
Towards an International Anthropology?
Trends for the Future
Biology and Culture
Globalisation and the Production of Locality
Bibliography
Index
Published by Pluto Press in May 2013
Paperback ISBN: 9780745333526
eBook ISBN: 9781849649193

Fredrik Barth is one of the towering figures of twentieth-century anthropology, we ask his biographer, Thomas Hylland Eriksen, to expand on Barth’s life and ideas and what propelled him to choose his subject.

END_OF_DOCUMENT_TOKEN_TO_BE_REPLACED
Back to Top
X