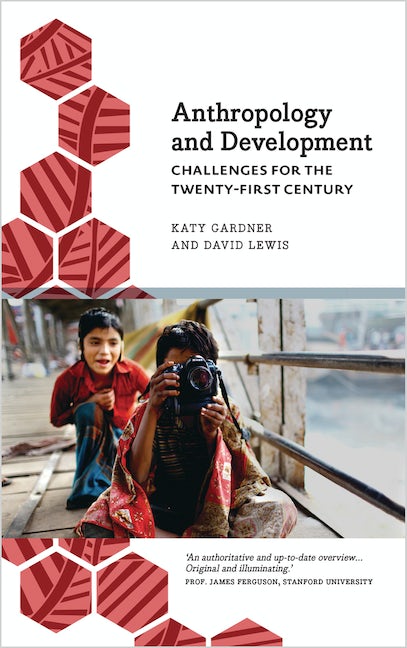 Challenges for the Twenty-First Century

by Katy Gardner and David Lewis

A critical look at how a non-traditional, technocratic development industry is failing the societies it professes to help
Western aid is in decline. Non-traditional development actors from the developing countries and elsewhere are in the ascendant. A new set of global economic and political processes are shaping the twenty-first century.

This book engages with nearly two decades of continuity and change in the development industry. In particular, it argues that while the world of international development has expanded since the 1990s, it has become more rigidly technocratic. The authors insist on a focus upon the core anthropological issues surrounding poverty and inequality, and thus sharply criticise what are perceived as problems in the field.

Anthropology and Development is a completely rewritten edition of the best-selling and critically acclaimed Anthropology, Development and the Post-Modern Challenge (1996). It serves as both an innovative reformulation of the field, as well as a textbook for many undergraduate and graduate courses at leading international universities.

'Ameliorates the despair which students of development often feel once they come to understand the complexity, and the vested interests, of the aid industry' - LSE Magazine 'An authoritative and up to date overview that combines accurate and insightful overviews of the major contributions in the field with their own original and illuminating arguments' - Professor James Ferguson, Department of Anthropology, Stanford University 'Essential reading for all involved with anthropology or development - and essential proof that they should engage their perspectives with each other more deeply and more often' - Professor Melissa Leach, Anthropologist and Director, Institute of Development Studies 'The already impressive state of arts of the first book has been extended to most of the rapidly expanding literature of the last twenty years. This book is essential for anyone interested by debates concerning the relation between anthropology and development' - Jean-Pierre Olivier de Sardan, Professor of Anthropology at the Ecole des Hautes Etudes en Sciences Sociales, Marseilles 'This carefully reworked volume by two of development's most accomplished scholars reinvigorates, like no other treatise in the field, the connection between research, critique, and action in inspired and practical ways' - Arturo Escobar, Kenan Distinguished Professor of Anthropology, University of North Carolina, Chapel Hill 'A valuable addition to the history and heritage of anthropologyof/in development' - Community Development Journal
Series Preface
Preface
Acknowledgements
Glossary
Acronyms
Prelude: Development, Post-Development and More Development?
1. Understanding Development: Theory and Practice into the Twenty-First Century
2. Applying Anthropology
3. The Anthropology of Development
4. Anthropologists in Development: Access, Effects and Control
5. When Good Ideas Turn Bad: The Dominant Discourse Bites Back
Conclusion: Anthropology, Development and Twenty-First Century Challenges
Notes
Bibliography
Index
Published by Pluto Press in Feb 2015
Paperback ISBN: 9780745333649
eBook ISBN: 9781783712762

What happened to the Anthropology of Development and its ‘post-modern challenge’? Katy Gardner and David Lewis consider the future of development in light of changing global economic and political processes.

END_OF_DOCUMENT_TOKEN_TO_BE_REPLACED
Back to Top
X