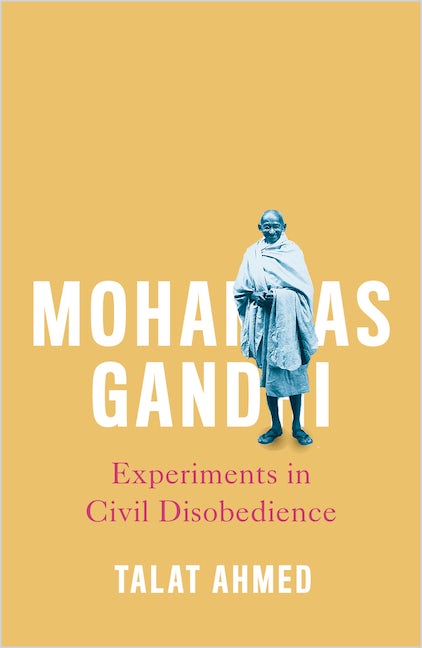 A new critical biography highlighting the contradictions in Gandhi's non-violent philosophy.
Mohandas Gandhi, icon of Indian liberation, remains an inspiration for anti-capitalists and peace activists globally. His campaigns for national liberation based on non-violence and mass civil disobedience were critical to defeating the power of the British Empire.

'Cuts through the extensive literature on Gandhi to produce a vibrant portrait of a world historical figure ... avoiding a simplistic judgement on this vastly important man for India's national struggle' - Vijay Prashad, Tricontinental: Institute for Social Research 'Considering all the biographies that glorify Gandhi, this concise book adopts a refreshing and consistently critical approach' - Dr Yasmin Khan, author of 'The Raj at War: A People's History of India's Second World War' 'This is an outstanding book on Gandhi's life. Ahmed relates Gandhi to the struggles of anti-imperialist forces and illuminates his innovations in tactics of political resistance' - Meghnad Desai, author of 'The Rediscovery of India'

END_OF_DOCUMENT_TOKEN_TO_BE_REPLACED
Back to Top
X