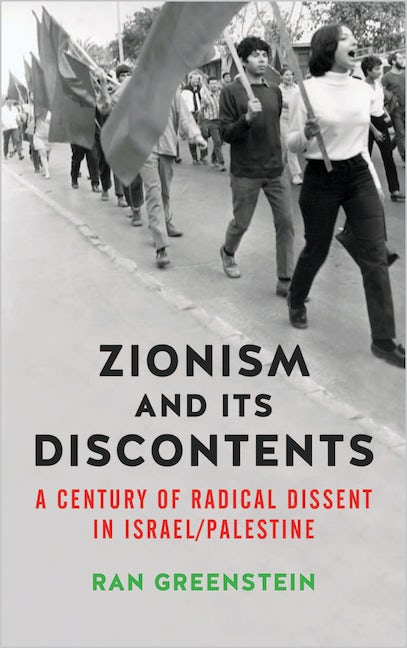 Zionism and its Discontents

A Century of Radical Dissent in Israel/Palestine

Challenges the nationalist and Zionist hegemony by discussing the hidden history of Communist and bi-national movements in Israel.
Mainstream nationalist narratives and political movements have dominated the Israeli-Palestinian situation for too long. In this much-needed book, Ran Greenstein challenges this hegemony by focusing on four different, but at the same time connected, attempts which stood up to Zionist dominance and the settlement project before and after 1948.

Greenstein begins by addressing the role of the Palestinian Communist Party, and then the bi-nationalist movement, before moving on to the period after 1948 when Palestinian attempts to challenge their unjust conditions of marginalisation became more frequent. Finally, he confronts the radical anti-Zionist Matzpen group, which operated from the early 1960s-80s.

In addition to analyses of the shifting positions of these movements, Greenstein examines perspectives regarding a set of conceptual issues: colonialism and settlement, race/ethnicity and class, and questions of identity, rights and power, and how, such as in the case of South Africa, these relations should be seen as global.

Ran Greenstein is Associate Professor at the University of the Witwatersrand, South Africa. He is author of Zionism and its Discontents: A Century of Radical Dissent in Israel/Palestine (Pluto, 2014).

'Offers coherent historical narratives of four political movements that have opposed Zionism since the 1920s, drawing on elusive sources. Highlights the fact that Palestinian Arabs as well as some Palestinian and Israeli Jews have always opposed the Zionist settlement movement' - Joel Beinin, Donald J. McLachlan Professor of History, Stanford University 'An outstanding illumination of the formative period of Palestinian communism, and a most original treatment of the lives of early Arab and Jewish critics of Zionism' - Salim Tamari, Professor of Sociology, Birzeit University, and editor of Jerusalem Quarterly 'A fresh and thorough study ... Greenstein's book provides a profound analysis of Zionism from the vantage point of its internal and external critics' - Amal Jamal, author of The Palestinian National Movement and the Politics of Contention, 1967-2005 'A compelling history of radical movements of the past hundred years in Israel/Palestine that challenged the conceptual bases of Zionism in theory and opposed its practices on the ground. This makes for sad and sobering reading' - Richard Kuper, Red Pepper
Preface
1. The Bi-nationalist Perspective during the British Mandate, 1917–48
2. The Palestinian Communist Party, 1919–48
3. Palestinian Nationalism and the Anti-Colonial Struggle
4. Matzpen: The Anti-Zionist Left in Israel/Palestine
5. Conclusions
Notes
Index
Published by Pluto Press in Oct 2014
Paperback ISBN: 9780745334677
eBook ISBN: 9781783712045