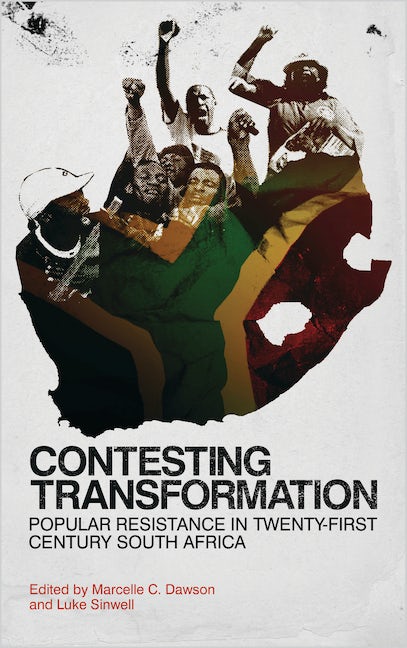 Moving beyond a social movement scholarship that has tended to romanticise emergent movements, this collection takes stock of the contradiction and complexity that is necessarily entangled in all forms of popular resistance. Through an exploration of labour strikes, legal organisations, community protest and local government elections, the contributors consider how different movements conceive of transformation and assess the extent to which these understandings challenge the narrative of the ruling African National Congress (ANC).

An empirically grounded analysis from a coterie of leading researchers and analysts, Contesting Transformation is the definitive critical survey of the state of popular struggle in South Africa today.

Marcelle C. Dawson is a senior researcher in Social Change at the University of Johannesburg. She serves on the board of the International Sociological Association's Research Committee. She is co-editor of Contesting Transformation: Popular Resistance in Twenty-First Century South Africa (Pluto, 2014) and Popular Politics and Resistance Movements in South Africa (2010). Her work has been published in Citizenship Studies, Journal of Higher Education in Africa and Social Movement Studies.

END_OF_DOCUMENT_TOKEN_TO_BE_REPLACED
Back to Top
X