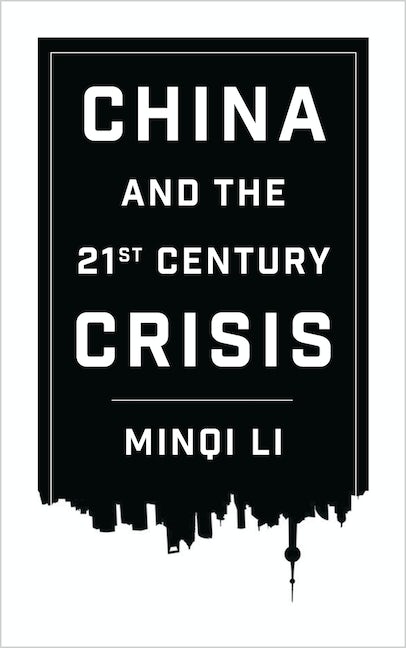 China and the 21st Century Crisis

Will China be the epicentre of the collapse of Capitalism?
The USA is widely seen as the country at the centre of the recent economic crash. But will this be the case the next time the system goes into shock? This book analyses how the political and economic imbalances in China will exacerbate system collapse, and how this could happen much sooner than we imagine, possibly within a decade.

By looking at the big questions of class struggle, global economic imbalances, peak oil, climate change and political power play, Minqi Li argues that by the time of the next crisis, China will be at the epicentre of these contradictions.

China is the last large region, and source of cheap labour, into which capital could expand: the system is at its limits. By combining this argument with issues surrounding the planet’s ecological limits and the internal politics of the Chinese Communist Party, Li commands a narrative of China at a pivotal, and possibly apocalyptic stage.

Minqi Li is Professor in the Economics Department at University of Utah, and has previously taught political science at York University, Canada. He is author of The Rise of China and the Demise of the Capitalist World-Economy (Pluto, 2008) and China and the 21st Century Crisis (Pluto, 2015). He turned from an advocate of free market principles into a Marxist and was a political prisoner in China between 1990 and 1992.

'Written with a breadth that goes beyond most economic analyses, encompassing the interconnected economic and ecological crises of our time. An important, timely, and bound to be influential work' - John Bellamy Foster, Profesor of Sociology, University of Oregon, editor of Monthly Review, and coauthor (with Robert W. McChesney) of The Endless Crisis: How Monopoly-Finance Capital Produces Stagnation and Upheaval from the USA to China 'Thought-provoking... accessible... Highly recommended' - CHOICE 'Clear and concise ... Minqi Li explains the importance of Chinese economic dynamics to contemporary global capitalist stability and why the growing class and ecological contradictions undermining Chinese capitalism likely means we are heading into a new period of sustained global crisis. The need for system change has never been clearer' - Martin Hart-Landsberg, Professor of Economics at Lewis and Clark College, Portland, Oregon 'Powerful' - Counterfire
1. China and the Twenty-First-Century Crisis
2. China: Classes and Class Struggle
3. Economic Crisis: Cyclical and Structural
4. The Capitalist World System: The Limit to Spatial Fix
5. The Next Economic Crisis
6. Climate Change, Peak Oil and the Global Crisis
7. The Unsustainability of Chinese Capitalism
8. The Transition
Appendices
Bibliography
Index
Published by Pluto Press in Oct 2015
Paperback ISBN: 9780745335384
eBook ISBN: 9781783717064