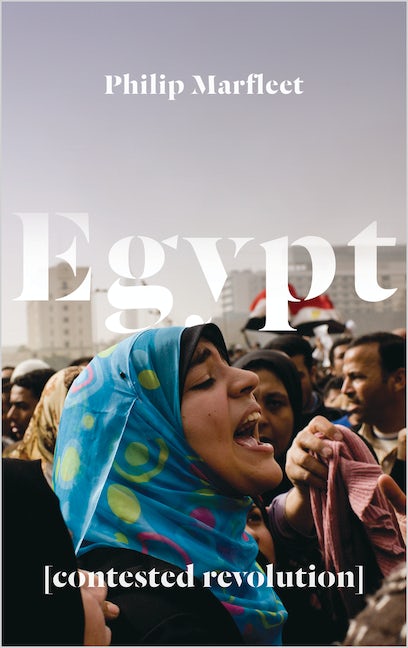 A compelling account of the years of political struggle in Egypt unfolding from January 2011 to the summer of 2015
The tumultuous events that began in Egypt in 2011 have embraced revolution and counter-revolution. For Philip Marfleet, they are a complex and continuing process in which millions of people from a range of political formations and socio-economic and religious backgrounds became ‘agents of change’.

Amidst a surge of publishing on the ‘Arab Spring’ this book aims to close a critical gap by examining the specific character and composition of the Egyptian struggle. The social and cultural initiatives that constituted ‘the carnival of the oppressed’ come alive in the testimonies of participants across the political spectrum, allowing us to explore activist engagements in the streets, workplaces, campuses and neighbourhoods, as well as in the formal political arena.

Following the 2011 revolution was, the Ittihaiddya demonstrations, the anti-Mursi marches and countless smaller protests, rallies, mass meetings, community mobilisations and labour actions, which indicate that the revolutionary energy is undiminished. With this in mind, Marfleet asks what can be learned from the Egyptian case about political upheavals that continue to affect societies of the Global South. Five years after the start of the ‘Arab Spring', this offers one of the best participant-orientated accounts of the country's struggle.

Philip Marfleet is Professor in the School of Social Sciences at the University of East London. He has worked in the fields of Development Studies, Migration Studies and Middle East Studies and is co-editor with Rabab El-Mahdi of Egypt: The Moment of Change (Zed Books, 2009).

'Challenges conventional accounts surrounding the overthrow of the Mubarak regime. Based on his long observation of Egypt as activist and scholar, Marfleet provides readers with a sophisticated examination of the origins of the uprisings and their future' - Tareq Ismael, Professor of Political Science, University of Calgary, and author of The Communist Movement in the Arab World (Routledge, 2005) 'A fast-paced and highly perceptive account of Egypt's revolutionary process. Deftly exploring the roots of the uprising and the various social forces that continue to contest Egypt's future, the book is a powerful testament to Marfleet's deep understanding of Egyptian politics and his long engagement with the country's left and social movements' - Adam Hanieh, Senior Lecturer in Development Studies at the School of African and Oriental Studies (SOAS), and co-editor of Transit States: Labour, Migration and Citizenship in the Gulf (Pluto, 2014) 'An essential guide to the dynamics of Egypt's mass (revolutionary) movement and the ensuing counter revolution' - Ray Bush, Professor of African Studies and Development Politics, University of Leeds, and co-editor of Marginality and Exclusion in Egypt (Zed Books, 2012)
Acknowledgements
Glossary
Preface
Part I: Making Revolution
1. Introduction
2. The Streets
3. The Workers and the Movement
4. Crises and Confrontations
Part II: The Past in the Present
5. Islamism and the State
6. Fate of the Left
Part III: Counter-Revolution
7. Egypt Under Mursi
8. Brotherhood, People, State
9. Towards the Coup
10. Counter-Revolution and Beyond
Notes
Bibliography
Index
Published by Pluto Press in Jun 2016
Paperback ISBN: 9780745335513
eBook ISBN: 9781783717958