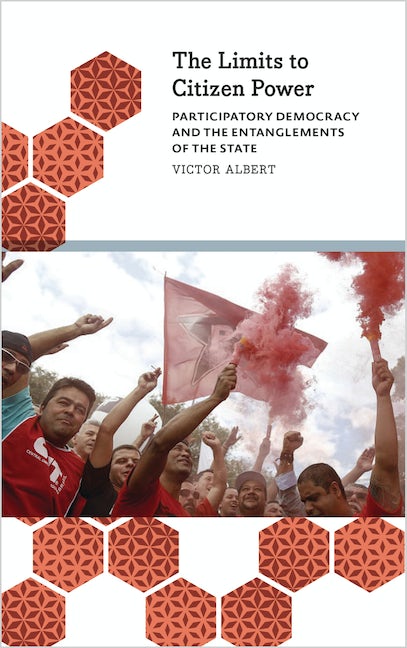 The Limits to Citizen Power

Participatory Democracy and the Entanglements of the State

A critical engagement with citizen participation, state power and the difficulties of realising the principles of participatory democracy

Can a political project exist outside of the power relations from which it is trying to emerge? In the twilight of Brazil’s twenty-one year military regime, a new union movement emerged in São Paulo’s industrial region, giving life to a new political party: the Workers’ Party. The electoral success enjoyed by the party enabled it to champion a whole raft of democratic reforms and Brazil is now celebrated as a laboratory for popular and participatory forms of government. However, through analysis of the trajectory of the Worker Party’s democratic experiment, the true challenge of embedding democracy inside existing state structures emerges.

Drawing on long-term ethnographic research, Victor Albert provides a critical analysis of citizen participation in Santo André, in the region of Greater São Paulo where the Workers’ Party was founded, holding a microscope to the power relations between political appointees, public officials and local community activists. Albert also reveals how different social actors think and feel about citizen participation away from formal assemblies, and how some participants engage in what is a tenuous, and at times mutually distrustful, tactical and strategic relationship with political patrons.

Victor Albert is currently Post-Doctoral Research Fellow for the Centre for Metropolitan Studies at the University of Sao Paulo.

'Takes readers deep inside the interworking of the one of world's most well-known participatory experiences. Albert's excellent contribution to the study of citizen participation illuminates the problems of embedding participatory democracy inside existing state structures' - Dr. Brian Wampler, Professor of Political Science, Boise State University (USA)