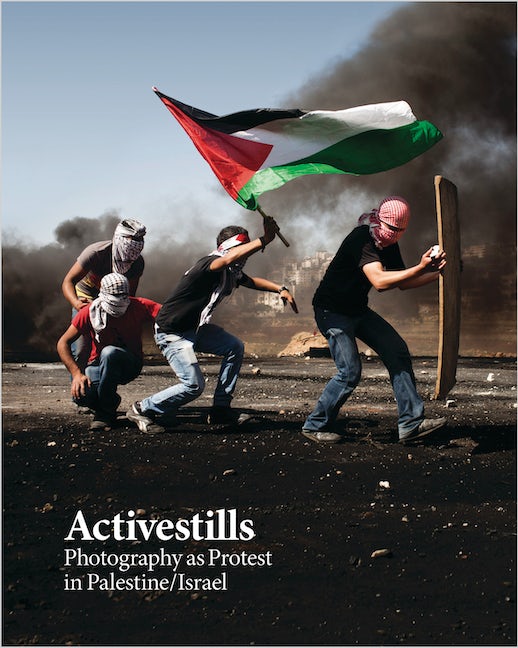 Photography as Protest in Palestine/Israel

Examines and exhibits the role of photography in enabling and exposing political and social struggles in Israel, the West Bank and the Gaza Strip.
In 2005, a group of photographers took a stand alongside the people of the small town of Bil’in, and documented their fight to stop the Israeli government building the infamous West Bank Barrier. Inspired by what they had seen in Bil’in, the group went on to form Activestills, a collective whose work has become vital in documenting the struggle against Israeli occupation and everyday life in extraordinary situations.

Combining striking full-colour photographs with essays and commentary, Activestills stands as both a major contribution to reportage on Israel/Palestine and a unique collection of visual art.

Vered Maimon is a Senior Lecturer in the Art History Department at Tel Aviv University. She writes for October, Oxford Art Journal, History of Photography, Art History, Third Text and TDR. Most recently, she is the author of Singular Images, Failed Copies: William Henry Fox Talbot and the Early Photograph (University of Minnesota Press, 2015).

Shiraz Grinbaum is a member of the Activestills Collective working in the Occupied Palestinian Territories and Israel. She has been the collective's curator and photo editor since 2012, and a photo editor with +972 magazine.

'Activestills perfected the art of photography, providing viewers with a window into a reality that oppressors do not want seen. This touches souls and stimulates action for peace and justice. The book is highly needed, beautifully done, and riveting to the core' - Mazin Qumsiyeh, author of Popular Resistance in Palestine: A History of Hope and Empowerment (Pluto, 2010) 'The Activestills collective have produced some of the most important and vital critical documentary work of our time. This book is a fitting tribute to their activity.' - Steve Edwards, Professor of History and Theory of Photography at Birkbeck College, University of London, and author of Photography: A Very Short Introduction (OUP, 2006) 'The photographers of Activestills do not just take pictures and hope that something happens. Nor do they take them simply for the sake of memory. Instead, these frontline witnesses are inventing a new mode of conflict photography before our eyes - striking images, shockingly beautiful and painfully real, that are less about the struggle for justice and freedom in Israel and Palestine than actively involved *in* it' - Thomas Keenan, Director of the Human Rights Program, Bard College, New York 'One of the most significant and original contributions to rethinking the politics of documentary practice in recent years' - Oxford Art Journal 'Activestills's work opens onto a challenge to question what one's role as a maker of images, as a writer of images, as a viewer of images, might be, as well as the ethical responsibilities attached to this making, writing, and viewing, as the collective raises the stakes for what a visual politics of solidarity might look like' - Brooklyn Rail
Foreword by Miki Kratsman
Introduction by Vered Maimon and Shiraz Grinbaum
1. Active - Gadi Algazi, Jehan Al Farra, Simon Faulkner, Ruthie Ginsburg, Haggai Matar and Ramzy Baroud
2. Stills - Vered Maimon, Ariella Azoulay, Sharon Silwinski, Thomas Keenan and Meir Wigoder
Published by Pluto Press in Oct 2016
Paperback ISBN: 9780745336695

Activestills: How photography can become a means of protest

The Activestills collective elaborate on their idea of ‘activist photography’: a photographic act tantamount to the act of protest itself, a demand for rights and an the enactment of political agency.

END_OF_DOCUMENT_TOKEN_TO_BE_REPLACED
Back to Top
X