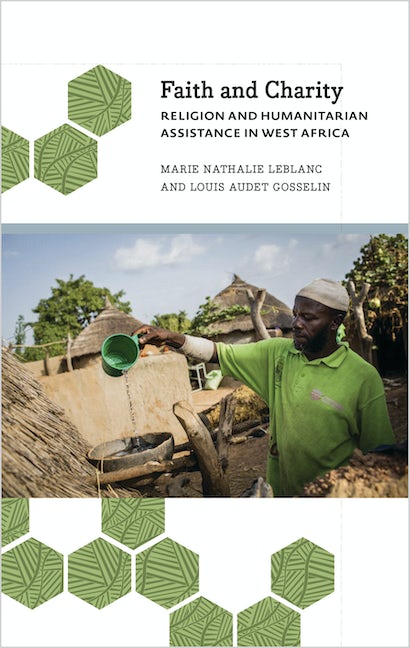 An innovative perspective on the relationship between religion, civil society and development through the prism of faith-based NGOs in West Africa
Since the 1990s, most African economies and public spheres have been liberalised, and new civil society actors have emerged. As mapped out by Marie Nathalie LeBlanc and Louis Audet Gosselin, in West Africa Christian and Muslim organisations have come to dominate the field of humanitarian assistance.

Moving beyond mainstream development theory, Faith and Charity brings out the crucial role of religion in the development process and the interplay of moral and political ideologies. From faith-based NGOs to individual local activists, the authors explore how each group makes sense of, and contributes to, the wider process of social development in the neoliberal era.

Based on extensive research and deploying a sophisticated and original frame of analysis, Faith and Charity will make an important contribution to the existing literature on development anthropology and the anthropology of religion in Africa.

Marie Nathalie LeBlanc is an anthropologist and professor in the Department of Sociology at Universite du Quebec a Montreal. Her publications deal with religion and social change in Cote d'Ivoire with a special focus on youth, women and Islam.

Louis Audet Gosselin is a historian and a sociologist, based at Universite du Quebec a Montreal. His current work focuses on the NGO-isation of Christian missions.

Steven Watt holds a PhD in history from the Universite du Quebec a Montreal and has extensive experience in the community sector. He lives in St John's, Newfoundland and Labrador, where he works as a freelance translator and editor.