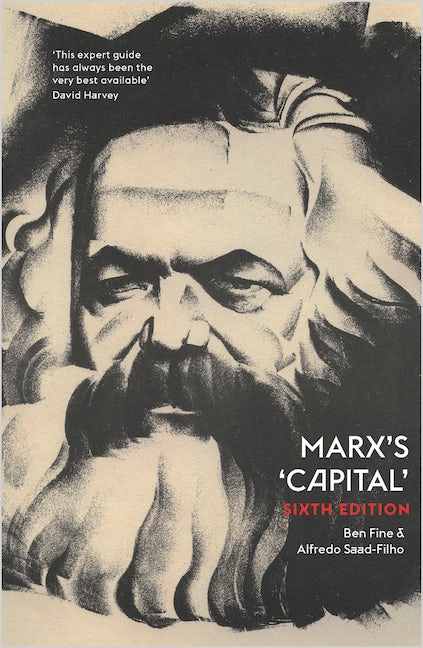 This brilliantly concise book is the classic companion to Karl Marx's most well-known work, l. In print now for over a quarter of a century, and translated into many languages, this new edition has been fully revised and updated, making it an ideal modern introduction to one of the most important texts in political and economic thought today.

The authors cover all central aspects of Marx's economics. They explain the structure of Marx's analysis and the meaning of the key categories in wing the internal coherence of Marx's approach, and their relevance today. Marx's method and terminology are explored in detail, with supporting examples. Short chapters set out the significance of Marx's main concepts and can be grasped easily, making it a practical text for anyone with an interest in understanding Marx's magnum opus.

Discussing y, the authors keep abstract theorising to a minimum. This readable introduction highlights the continuing relevance of Marx's ideas in the light of the problems of contemporary capitalism.

Acknowledgements
Preface to the Sixth Edition
1. History and Method
2. Commodity Production
3. Capital and Exploitation
4. The Circuit of Industrial Capital
5. Economic Reproduction
6. Accumulation of Capital
7. Capitalism and Crisis
8. The Compositions of Capital
9. The Falling Rate of Profit
10. The So-Called Transformation Problem
11. Merchant’s Capital
12. Banking Capital and the Theory of Interest
13. Marx’s Theory of Agricultural Rent
14. Financialisation, Neoliberalism and the Crisis
15. Marxism and the Twenty-First Century
References
Index