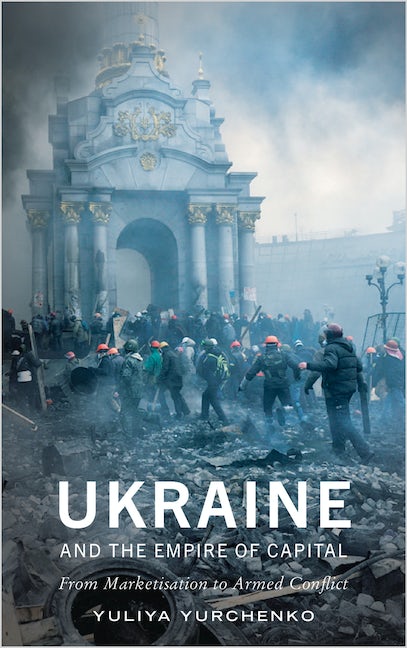 Since 1991, nominally independent Ukraine has been in turmoil, with the Orange Revolution and the Maidan protests marking its most critical moments. Now, its borders are threatened and the civil unrest and armed conflict continue to destabilise the country. In order to understand these dramatic events, Yuliya Yurchenko looks to the country's post-Soviet past in this ambitious analysis of contemporary Ukrainian political economy.

Providing distinctive and unexplored reflections on the origins of the conflict, Yurchenko unpacks the four central myths that underlie Ukraine's post-Soviet reality: the myth of transition, the myth of democracy, the myth of two Ukraines, and the myth of 'the other'. In doing so, she sheds light on the current intensification of class rivalries in Ukraine, the kleptocracy, resource wars and analyses existing and potential dangers of the rightwing shift in Ukraine's polity, stressing a historic opportunity for change.

Critiquing the concept of Ukraine as 'transition space', she provides a sweeping analysis which includes the wider neoliberal restructuring of global political economy since the 1970s, with particular focus on Ukraine's relations with the US, the EU and Russia. This is a book for those wanting to understand the current conflict as a dangerous product of neoliberalism, of the empire of capital.

Yuliya Yurchenko is a Senior Lecturer in Political Economy at the Department of Economics and International Business and a researcher at the Political Economy, Governance, Finance and Accountability Institute, University of Greenwich, UK. She is the author of Ukraine and the Empire of Capital (Pluto, 2017). She researches state, capital and society relations as well as public services as/and commons with a regional focus on Europe and Ukraine.

'Provides an ambitious historical materialist analysis of the crisis in Ukraine ... an analysis that is not only appropriate, but largely absent and therefore sorely needed in this subject area' - Marko Bojcun, 'In this thought-provoking book, Yulia Yurchenko focuses on Ukraine's class dynamics and political economy and puts them in international context. Her analytical approach is a breath of fresh air amidst a fog of stale commentary that assumes Ukraine is all about geopolitical “pro-western” or “pro-Russian” narratives' - Simon Pirani, Senior Visiting Research Fellow, Oxford Institute for Energy Studies
List of Figures and Tables
List of Abbreviations
Acknowledgements
Preface
Map of Ukraine
1. Per Aspera ad Nebulae, or to Market Through a Hybrid Civil War: Survival Myths of Systemic Failure
2. Capitalist Antecedents in the Late USSR
3. Social Destruction and Kleptocratic Construction of the Early 1990s
4. Class Formation and Social Fragmentation
5. Neoliberal Kleptocracy, FDI and Transnational Capital
6. ‘Two Ukraines’, One ‘Family’ and Geopolitical Crossroads
7. The Bloody Winter and the ‘Gates of Europe’
8. Geopolitics, the Elusive ‘Other’ and the Nebulous Telos of Europe
Notes
Bibliography
Index