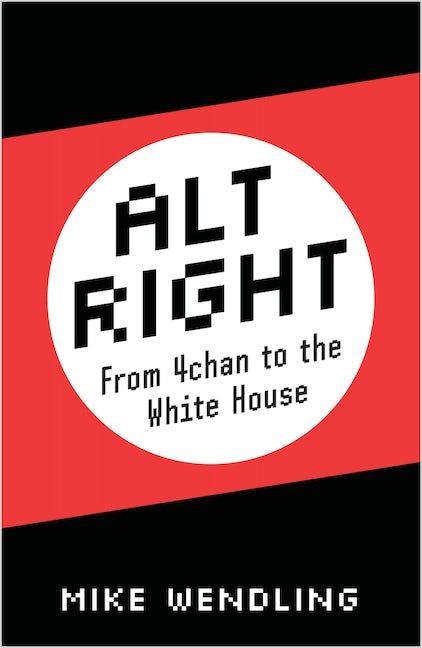 This book is a vital guide to understanding the Alt-Right - the white nationalist, anti-feminist, far-right movement that rose to prominence during Donald Trump's successful election campaign in the United States. It looks at the support for this reactionary network, arguing that while Trump is in office and the far-right grows across Europe, we need to gain a deeper understanding of the movement's philosophy, history and role in politics today.

While the movement appears to have burst out of nowhere, Mike Wendling has been tracking the Alt-Right for years. He reveals the role of technological utopians, reactionary philosophers, the notorious 4chan and 8chan bulletin boards, and a range of bloggers, vloggers and tweeters, along with the extreme ideas which underpin the movement's thought.

Including exclusive interviews with members of the movement and evidence linking extremists with terror attacks and hate crimes, it is clear that despite its high-profile support, the movement's lack of a coherent base and its contradictory tendencies have already started to lead to its downfall.

Mike Wendling is a writer, producer and broadcaster. An editor at BBC Trending, which investigates social media stories, he's spent years covering extremism and internet culture for radio, online and television, and was part of the BBC team covering the 2016 US presidential election. He is the author of Alt-Right: From 4chan to the White House (Pluto, 2018).

- Mark Bray, historian and author of Antifa: The Anti-Fascist Handbook

Acknowledgements
Introduction: Is it OK to Punch a Nazi?
1. The Intellectuals
2. The Racialists
3. The Channers
4. The Meninists
5. Language
6. Media
7. Neo-Nazis
8. Ordinary Guys
9. Conspiracy Theorists
10. The Violent Fringe
11. The White House
12. Downfall
Notes
Index

The Alt-Right movement appears to have burst out of nowhere, but Mike Wendling has been tracking them for years. Here he charts the moments that made (and un-made) the Alt-Right.

END_OF_DOCUMENT_TOKEN_TO_BE_REPLACED
Back to Top
X