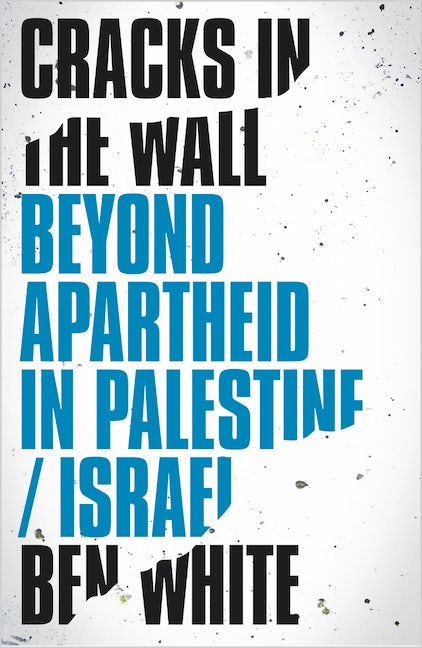 Cracks in the Wall

Beyond Apartheid in Palestine/Israel

After decades of occupation and creeping annexation, the situation on the ground in Palestine/Israel can only be described as a system of apartheid. Peace efforts have failed because of one, inconvenient truth: the Israeli maximum on offer does not meet the Palestinian minimum, or the standards of international law.

But while the situation on the ground is bleak, Ben White argues that there are widening cracks in Israel's traditional pillars of support. Opposition to Israeli policies and even critiques of Zionism are growing in Jewish communities, as well as amongst Western progressives. The election of Donald Trump has served as a catalyst for these processes, including the transformation of Israel from a partisan issue into one that divides the US establishment. Meanwhile, the Palestinian-led boycott campaign is gathering momentum, prompting a desperate backlash by Israel and its allies.

With sharp analysis, Ben White says now is the time to plot a course that avoids the mistakes of the past - a way forward beyond apartheid in Palestine. The solution is not partition and ethnic separation, but equality and self-determination - for all.

'Important, essential reading for all who care about the rule of law and the rights of Palestinians'

'With his usual incisive gaze, Ben White unfolds for us the Palestine/Israel reality as it is and cuts through the layers of misinformation, deceit and ignorance'

'Smashes through stifling conventional wisdom that there's no prospect for justice and peace in Palestine.'

'Provides valuable and profound insights into the present apartheid reality of Israel as a 'Jewish state', and contributed to our understanding of the international dimensions of the Palestinian struggle. This is not just sharp analysis but an urgent call to action'

'Ben is a professional and perceptive journalist with a deep commitment to human rights. His latest book will no doubt prove to be a vital contribution to the Palestine/Israel debate'

'In the midst of a torrent of competing facts, and often dense and bewildering arguments, we are fortunate to have the steady, clear, and utterly principled voice of Ben White'

'Ben White’s eagerly awaited book analyses important trends that are no longer moving in Israel’s favour, trends that will shape a more hopeful future for Palestine/Israel, and is a must read for all those who might despair of ever seeing peace, let alone justice, come to this tormented land'

'I've long relied on Ben White's books for smart, unflinching insights into the struggle for justice in Palestine. Cracks in the Wall goes even deeper into the ideological history of Zionism and what it has wrought for Palestinians in the 21st century. Anyone seeking a hopeful and humane vision of a future for all the inhabitants of this land would do well to read this book'

'With a brilliant combination of a bird's eye vision and a forensic examination of the facts, Ben White has shown prominent cracks in Israel's wall of impunity that may augur the end of its apartheid system'

'Will appeal to those who need a short introduction to these issues, and to those who follow them obsessively. A highly useful resource … engaged writing at its best'

END_OF_DOCUMENT_TOKEN_TO_BE_REPLACED

VIDEO: Cracks in the Wall – Beyond Apartheid in Palestine/Israel

In this short video, Ben White explores the changing terrain of political support for Israel during the Trump era, and the ways forward beyond apartheid in Palestine.

PODCAST: ‘Radicals in Conversation’
Cracks in the Wall - Pluto Live

This month’s episode is an edited recording of the first ever ‘Pluto Live’ event. Ben White and Karma Nabulsi lead a wide ranging discussion about the question of Israel/Palestine in 2018.

END_OF_DOCUMENT_TOKEN_TO_BE_REPLACED
Back to Top
X