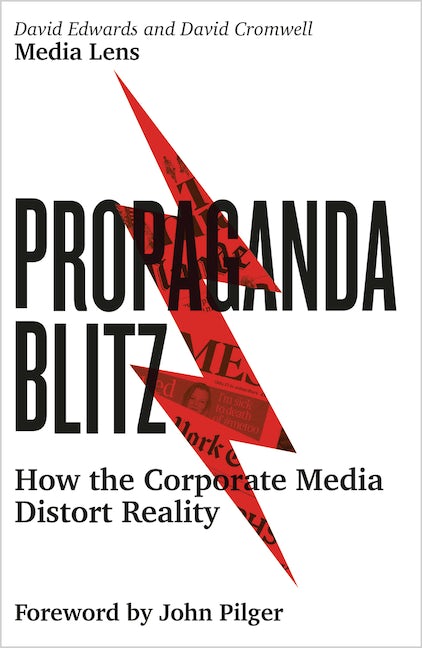 A powerful, forensic critique of the mainstream media in the era of 'Fake News'
Do you trust the liberal media? While the tabloid and right-wing press - the Sun, The Times, the Mail and the Express - are constantly criticised for dangerous bias, outlets like the BBC and the Guardian are trusted by their readers to report in the interests of the public. However, the reality is that all corporate media is systematically filtered by the powerful interests that own, manage and fund it.

'A great book. I've been recommending it.' - Noam Chomsky 'To devastating effect, Media Lens compiles the evidence that the 'mainstream media' betrays us, its readers, not just because most of it is owned by rightwing billionaires but because even 'liberal' oases are not what they seem. ... As Media Lens proves, the liberal media is our enemy, not our ally.' - Jonathan Cook, writer and journalist, winner of the 2011 Martha Gellhorn Special Prize for Journalism 'Exposing and challenging how the corporate media promote elite interests is one of the most significant issues of our time, without which fundamental change may not be possible. This essential, must-read book dissects this system of mass thought control in a forensic, authoritative and engaging way' - Mark Curtis, author of 'Secret Affairs: Britain's Collusion with Radical Islam'
Foreword by John Pilger
Preface: The Devil's Greatest Trick
1. Anatomy of a Propaganda Blitz
2. Killing Corbyn
3. Smearing Assange, Brand and Chavez
4. Israel and Palestine: 'We Wait in Fear for the Phone Call from the Israelis'
5. Libya: 'It is All About Oil'
6. Syria: Instant Certainty Promoting War
7. Yemen: Feeding the Famine
8. The BBC as a Propaganda Machine
9. Dismantling the National Health Service
10. Scottish Independence: An 'Amazing Litany' of Bias
11. Climate Chaos: An Inconvenient Emergency
12. 'Fake News', Objective Journalism and the No-Business Model
Notes
Index
Published by Pluto Press in Sep 2018
Paperback ISBN: 9780745338118
Hardcover ISBN: 9780745338125
eBook ISBN: 9781786803313