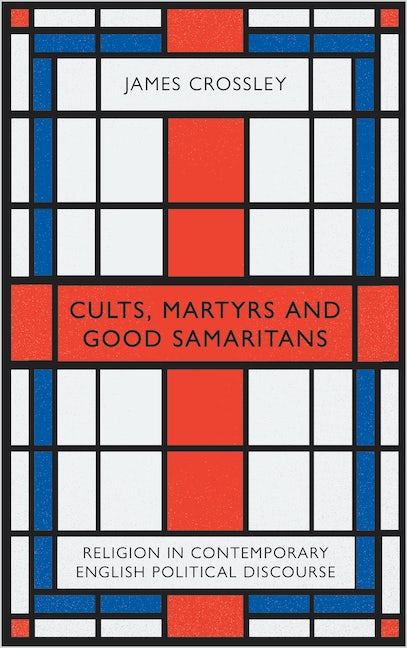 From the paternalistic Christianity used to justify ever-intensifiying neoliberalism, to the ethnonationalist and economic protectionist Christianity of Theresa May and Brexit, and encompassing the socialist constructions of Christianity by Jeremy Corbyn and a resurgent Left, Crossley guides us through politics' love affair with Christianity.

James Crossley is Professor of Bible, Society and Politics, at St Mary's University, London. His recent books include Cults, Martyrs and Good Samaritans (Pluto, 2018) and Harnessing Chaos: The Bible in English Political Discourse since 1968 (Bloomsbury, 2016).

'Crossley shifts decisively to analysing the last decade of English politics and its intersections with religion - all in the context of Brexit, Islam and the rediscovery of a socialist left. Sharp analysis, insights aplenty, a major contribution to serious political debate in the UK' - Roland Boer, Xin Ao Distinguished Overseas Professor at Renmin University of China, Beijing, Research Professor at the University of Newcastle
Introduction
1. Religion in English Political Discourse, 1979-2017: A Brief History
2. Brexit Means Christmas, Christmas Means Socialism, and a Time for 'Homosexual Sex': Shifting Notions of Religion from the Frontbenches
3. Muslims, the 'Perversion of Islam', and Christian England on the (Far) Right
4. Brexit Barrow: Religion in Real-Time During a Summer of Political Chaos
5. Manufacturing Dissent from the Centre: Cults, Corbyn and the Guardian
6. Red Apocalypticism on the Corbynite Left: Martyrdom, Rojava and the Bob Crow Brigade
Epilogue
Notes
Index
Published by Pluto Press in Jul 2018
Paperback ISBN: 9780745338286
eBook ISBN: 9781786803108