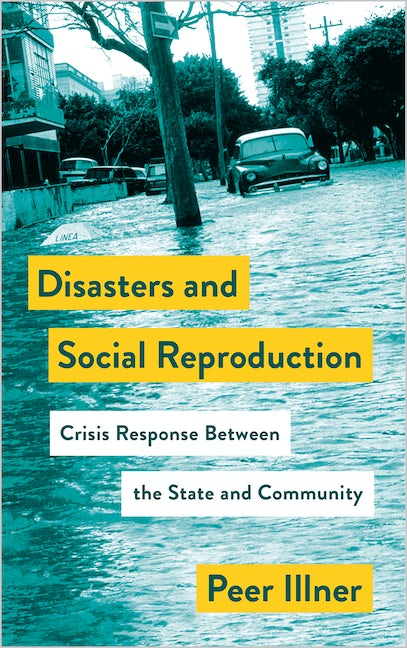 Crisis Response between the State and Community

A Marxist-feminist approach examining disaster relief in the US

Reductions in state spending have put significant strain on communities during disasters. When hurricanes, floods and earthquakes hit, the responsibility for emergency relief is shifted from the state onto civil society.

Disasters and Social Reproduction builds upon Marxist-Feminist elaborations of unwaged forms of labour, arguing that social reproduction theory is best understood as a dynamic between the state, the market and civil society. Following the long economic crisis of the 1970s, disaster relief has become increasingly reliant on the unwaged reproductive labour of ordinary people, allowing the US state to cut back on social spending, a shift that has fundamentally reconfigured the responsibilities of the state and civil society.

As sea levels rise, climate change worsens and we see an increase in disaster relief led by communities, this analysis of the interrelations between state, society and grassroots initiatives, including Occupy Sandy and the American Black Cross, will prove indispensable.

Peer Illner is a guest lecturer at the University of Copenhagen and the Architectural Association.