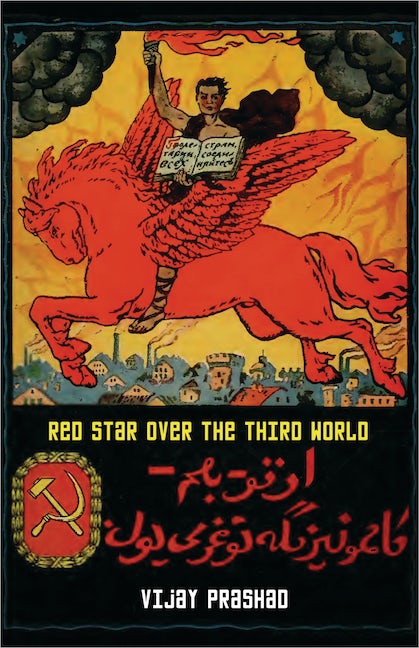 An inspiring reminder of the great strength of twentieth century Communism in the Global South.
From Cuba to Vietnam, from China to South Africa, the October Revolution inspired millions of people beyond the territory of Russia. The Revolution proved that the masses could not only overthrow autocratic governments, but also form an opposing government in their own image. The new idea that the working class and the peasantry could be allied, combined with the clear strength and necessity of a vanguard party, guided multiplying revolutions across the globe.

'This is the real story of the Russian Revolution and no one tells it more powerfully, poetically, and honestly than Vijay Prashad' - Robin D. G. Kelley, author of 'Freedom Dreams: The Black Radical Imagination' 'An original and much needed analysis of an important but neglected aspect of the legacy of the Russian Revolution. Prashad insightfully explains how Lenin's development of Marxist theory has inspired revolutionary practice in the Third World. Essential reading' - Mary Davis, Marx Memorial Library 'An almost perfect mix of history and analysis in this slender book ... packs a revolutionary punch' - Ron Jacobs, CounterPunch
Preface
1. Eastern Graves
2. Red October
3. Follow the Path of the Russians!
4. The Lungs of Russia!
5. Peasant Soviets
6. Soviet Asia
7. Enemy of Imperialism
8. Eastern Marxism
9. To See the Dawn
10. Colonial Fascism
11. Polycentric Communism
12. Memories of Communism
Published by Pluto Press in Apr 2019
Paperback ISBN: 9780745339665
eBook ISBN: 9781786804815