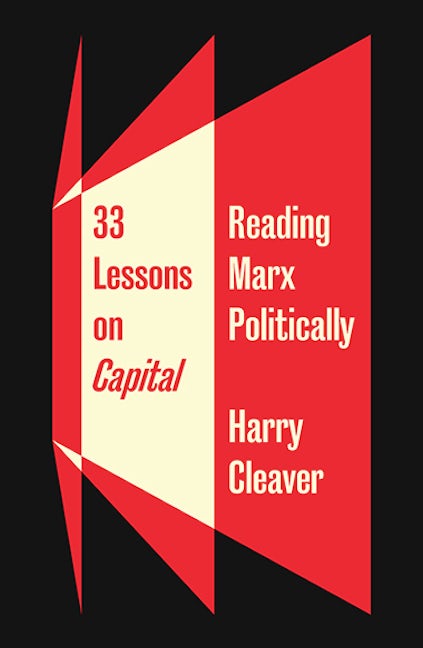 Harry Cleaver's treatise outlines and critiques Marx's analysis chapter by chapter. His unique interpretation of Marx's labour theory of value reveals how every theoretical category of Capital designates aspects of class struggle in ways that help us resist and escape them. At the same time, while rooted within the tradition of workerism, he understands the working class to include not only the industrial proletariat but also unwaged peasants, housewives, children and students.

A challenge to scholars and an invaluable resource for students and activists today.