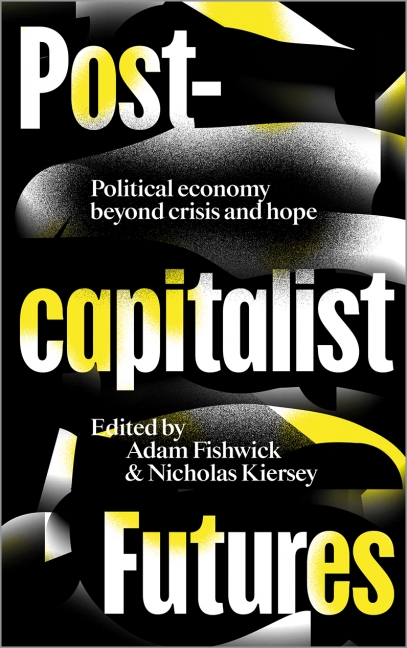 Political Economy Beyond Crisis and Hope

A diverse and impactful collection of essays on the postcapital future

This book critically engages with the proliferation of literature on postcapitalism, which is rapidly becoming an urgent area of inquiry, both in academic scholarship and in public life. It collects the insights from scholars working across the field of Critical International Political Economy to interrogate how we might begin to envisage a political economy of postcapitalism.

The authors foreground the agency of workers and other capitalist subjects, and their desire to engage in a range of radical experiments in decommodification and democratisation both in the workplace and in their daily lives. It includes a broad range of ideas including the future of social reproduction, human capital circulation, political Islam, the political economy of exclusion and eco-communities.

Rather than focusing on the ending of capitalism as an implosion of the value-money form, this book focuses on the dream of equal participation in the determination of people's shared collective destiny.

Adam Fishwick is Associate Professor / Reader in IPE and Development Studies at De Montfort University. His research focuses on labour movements and strategies of self-organising in Latin America. He is co-editor of Austerity and Working-Class Resistance (Rowman and Littlefield, 2018) and has written for Le Monde Diplomatique, openDemocracy and Progress in Political Economy.

Nicholas Kiersey is a Professor of Political Science at the University of Texas Rio Grande Valley. His research addresses austerity, biopolitics, and the crises of the neoliberal capitalist state. He is currently working on a book about socialist governmentality, and the cultural political economy of the end of capitalism.

'These valuable essays on the contemporary crisis of capitalism explore numerous theoretical approaches to challenging the dominance of capital, opening the door to further explorations of what a postcapitalist society can actually consist of'

- Peter Hudis, author of 'Marx’s Concept of the Alternative to Capitalism' (Haymarket, 2016)